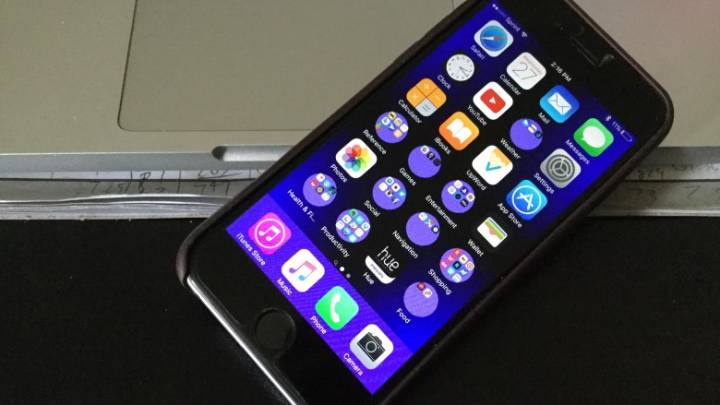 This has got to be one of the coolest iOS bugs we’ve seen in a long time, and we’re keeping our fingers crossed that Apple doesn’t fix it anytime soon.

Little glitches are common to find here and there in iOS, as is the case with any other software platform. Sometimes they’re serious bugs that compromise the security of your iPhone or iPad, but sometimes they’re harmless little glitches that offer some unexpected side effects. The latest bug found in the iOS platform thankfully falls into the latter category, and it gives your iPhone or iPad an awesome new look typically reserved only for people who jailbreak their phones.

MUST READ: Making sense of Apple now that everything has changed

Apple’s iOS platform doesn’t support very many customization options in terms of the appearance of the user interface. Apple loves nothing more than simplicity and consistency, so it doesn’t support any kind of themes on the iPhone or iPad. Android, meanwhile, lets the user manipulate the UI in any number of ways. You can even install a third-party launcher and change everything about your phone’s interface.

On the iPhone… you can change the wallpaper.

Users looking for a bit more freedom often jailbreak their phones, which allows them to install third-party apps with far more capability than the apps in Apple’s official App Store. This way, they can install theming apps that can change an iPhone’s layout, icons and more. But now, thanks to a glitch discovered by YouTube user “videosdebarraquito” (via Cult of Mac), anyone can give their iPhone or iPad a quick visual overhaul in just a few seconds.

You’ll now find that some or all of your folders will display nifty round icons instead of the slightly rounded squares you’re accustomed to. If some icons remain square, you can often manipulate them by rearranging your home screen.

Check out the video below to see how it works.