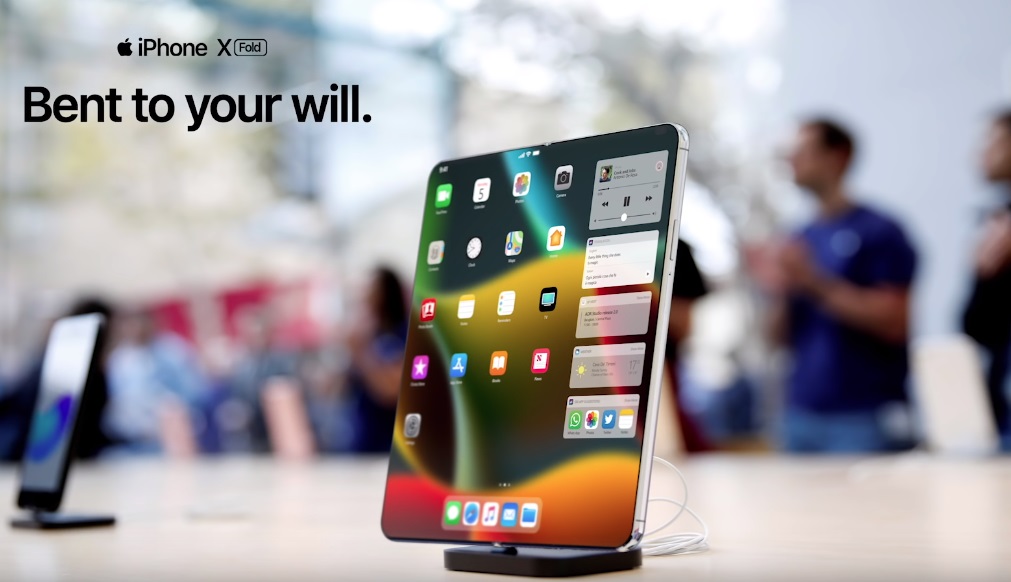 Now that Samsung has shown that there is a market, however small, for foldable smartphones, it’s no surprise that Apple is interested in entering the market as well. Lending credence to previous rumors, Bloomberg reports that Apple has started work on developing a foldable iPhone.

The report claims that the development process is still in the early stages and that much of the research Apple has done thus far has focused on foldable display prototypes. In other words, Apple is primarily looking into foldable display technologies and designs and “doesn’t yet have full handset prototypes in its labs.”

It’s worth noting that Apple routinely explores products and technologies that never make it to market, which is to say that a foldable iPhone is far from a guarantee. Still, a foldable iPhone is certainly intriguing given that the iPhone form factor hasn’t changed all that much in recent years.

According to the report, Apple is looking into foldable displays that boast an “invisible hinge with the electronics stationed behind the display.” A previous report from late last year relayed that Apple back in September ordered a “large number” of foldable displays from Samsung for lab testing.

Previously, Jon Prosser — who has had a string of accurate predictions over the last year — claimed that Apple was exploring a foldable iPhone design with “two separate display panels on a hinge” and “round, stainless steel edges” similar to last years iPhone 11. Prosser’s report somewhat conflicts with Bloomberg’s report to the extent that Prosser claims Apple is already testing foldable iPhone prototypes. To that end, Prosser says that Apple’s foldable iPhone prototype doesn’t feature a notch but instead boasts a “tiny forehead” located above the display that houses Face ID and several other sensors.

Prosser also said that the design Apple is exploring “doesn’t look like they just stuck two phones together.” Rather, Prosser notes that “when the displays are extended, it looks fairly continuous and seamless.”

While there’s no reason to believe we’ll see a foldable iPhone hit store shelves anytime soon, a sketchy report from the Economic Daily back in November said that Apple was aiming for a release as early as 2022. This timeline, however, seems far too optimistic given that Apple’s testing appears to be in its infancy.

As a final point, and perhaps speaking to Apple exploring various prototype designs, an iPhone leak from back in December relayed that Apple was also looking into a clamshell design similar to Samsung’s Galaxy Z Flip.