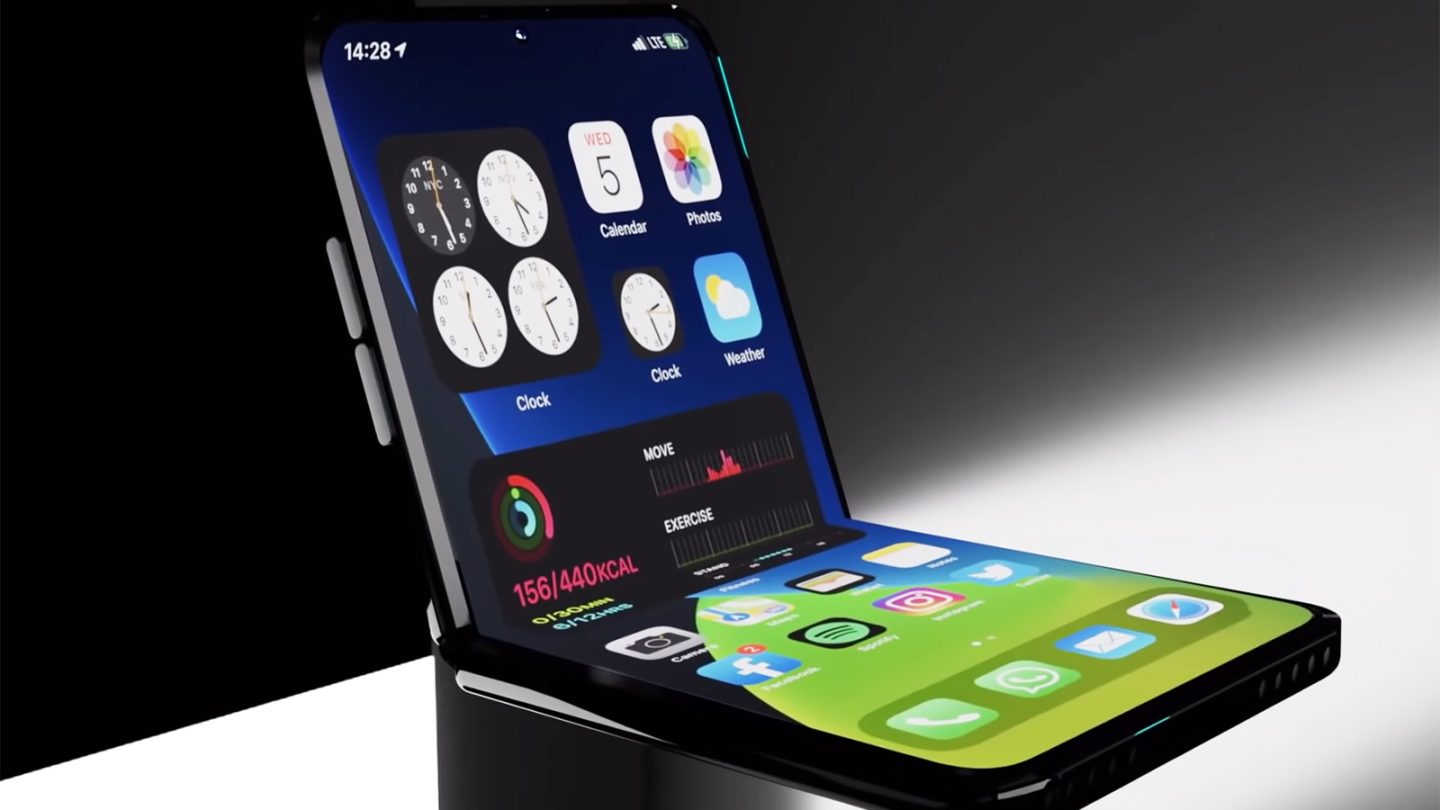 Samsung has been teasing foldable phones for years before it finally took the plunge last year. Samsung felt it was ready to launch the world’s first foldable handset, which turned out not to be the world’s first foldable. And the Galaxy Fold also turned out not to be a well-thought-out design. Samsung had to cancel the late April launch after reviewers found two major issues with the phone. The foldable display featured a screen-protector-like cover that would destroy the screen if removed. Moreover, the hinge allowed debris to get inside the phone, which also impacted the screen. Samsung needed five months to launch a redesigned version of the handset. The Z Flip and Z Fold 2 that followed did not repeat those mistakes. But the failed Galaxy Fold launch proved that the technology wasn’t ready for the kind of smartphone many people wanted.

Fast-forward to late 2020, and we have a new rumor detailing the kind of foldable handset many people would love to see. That’s a clamshell iPhone featuring a foldable screen similar to the Z Flip. But that device isn’t coming anytime soon.

YouTuber Jon Prosser, who turned into a prolific leaker, said a few months ago that Apple is developing a foldable iPhone similar to the Galaxy Z Flip. But rather than featuring a continuous, foldable screen, that device features two distinct displays separated by a hinge in the middle.

In a new video, Prosser said that Apple is also prototyping a foldable iPhone with a clamshell design that would feature a single, foldable screen. Apple is reportedly testing shells in a Foxconn factory in Shenzhen. It’s not the full phone that they’re testing, according to his sources. Instead, they’re looking at the durability of the hinge. The phone would eventually feature a foldable display from Samsung, rather than a microLED panel.

The report says that Apple will decide on one of the two foldable prototypes described above, rather than launching one of each. Reports saying that a foldable iPhone could be good by September 2022 are “a good guess,” Prosser says. A release in either 2022 or 2023 would make sense, considering the current progress.

Samsung is expected to launch at least one new foldable next year, and other Android handset vendors could do the same thing. After all, Huawei and Motorola have already launched their first foldable handsets, and several other Chinese smartphone makers have teased some of their concepts.

By the time the first foldable iPhone comes in 2022 or later, there will be plenty of foldable handsets on the market.

It’s not unusual to see Apple take its time with new technology. The good news here is that Apple isn’t rushing the foldable iPhone. Apple will do it whenever it feels confident it can offer a premium foldable experience. By then, we expect to see more innovations that will benefit foldable devices, including better hinge and foldable glass display technologies that will increase the durability of such devices. Not to mention that the price has to go down significantly. Even phones like the Galaxy Z Flip or Motorola’s foldable Razr are more expensive than high-end regular flagships.

Also, there’s no guarantee Apple will go forward with its foldable iPhone plans if the end-product doesn’t meet its standards. Apple patents prove the company is studying all sorts of technologies, even if not all of them will make it into commercial products.