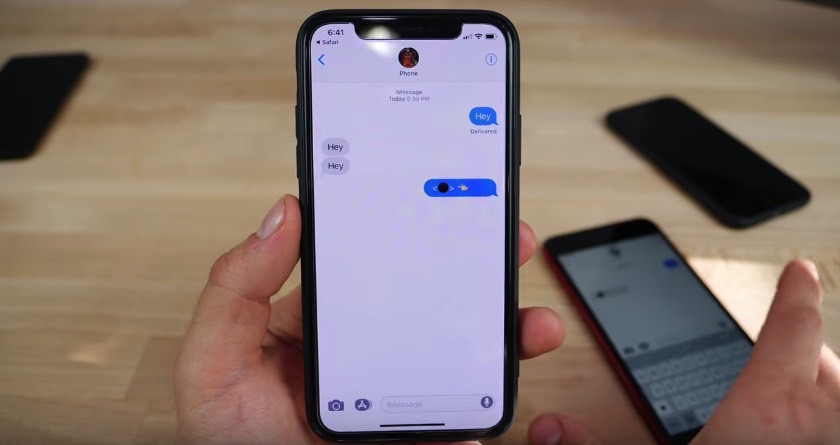 A few days ago, we learned of a new emoji message that can kill the WhatsApp app on Android phones. The gist of it is pretty simple: the string of code contains a couple thousand invisible characters in addition to a black dot emoji, and that’s what causes the WhatsApp to go unresponsive. Well it turns out the same Unicode bug “works” on iPhone, but it’s even worse for iOS device users.

On Android, the black dot only freezes WhatsApp if you tap it. Once the app becomes unresponsive, all you have to do to fix it is to kill the app and restart it. On iPhone and iPad, however, things are a lot worse. It’s enough to crash the Messages app on any iOS that receives it. The victim doesn’t even have to tap on the incoming emoji to trigger the crash.

Closing the app won’t even fix the problem. You’ll have to delete the message in order to restore functionality to your Messages app. But to do that, you’ll either have to log into a different device and delete the entire thread. A second fix involves using 3D Touch on your iPhone to reopen Messages on a New Message screen, and then find your way to the main messages list and delete the thread that’s crashing the app.

Apple will surely fix the bug in a future iOS release. But for the time being, it works on all iOS versions available out there, including the latest beta releases. YouTube channel EverythingApplePro shows the bug in action, as well as the fixes described above.

If you want to learn more about what causes the iPhone or iPad to freeze when you receive this particular message, check out this link.