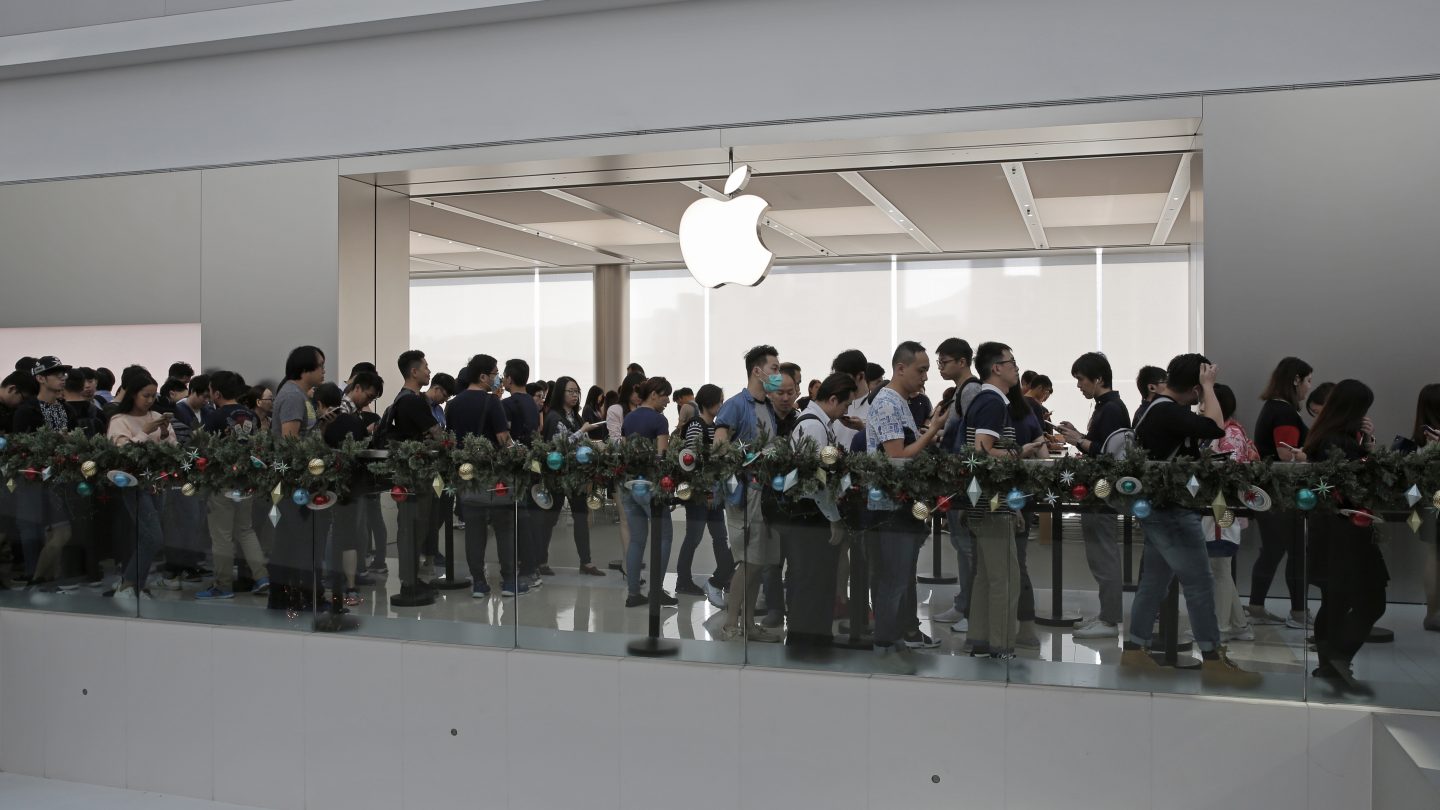 In order to placate the litigious masses calling for Tim Cook’s head over the iPhone battery slowdown feature, Apple recently decided to slash the cost of its iPhone battery replacement program. Getting a new battery installed at the Apple now costs $29, rather than $79, and it seems like people are taking full advantage.

Wait times for a Genius Bar appointment have spiked to several days or weeks, according to Apple’s online scheduling tool. Genius Bar appointments are normally available within 48 hours, so this kind of consistent increase in wait times, across stores in different cities, would seem to point to a trend. Users on Twitter have also been complaining of no available appointments, or huge queues at the Apple Store when they do show up for a scheduled appointment.

I am unable to get an Apple Genius Bar appointment anywhere in the New York Metropolitan area anytime this weekend — to have them replace the battery they purposely slowed down …. WOW.

Hey @AppleSupport @Apple Sending a Genius Bar text message that says "we're ready for your appointment now" and then making me wait 90 minutes is RIDICULOUS. What's worse is when I asked when I'd be seen, the answer was "another hour". #worstexperienceever

Last Friday, Apple tech support scheduled a Genius Bar appointment for me to come in and get a replacement battery for my iPhone 6. Today, at the appointment, the tech informed me that there will be no batteries available until “March or April”. You bet I’m angry.

Business Insider reportedly spoke to an employee at a Midwestern Apple Store, who said that the vast majority of people wanting a battery replacement didn’t actually need one. Apple can use a diagnostic tool to reliably tell the health of a battery, but per its recent policy, it will change the battery of any customer willing to pay $29, whether that battery needs changing or not.

“I would say less than 10% of the phones we have ordered batteries for actually need a battery, based on diagnostics,” the Genius told Business Insider. “I feel bad for the people that actually need batteries and have to wait because people think that Apple is having a ‘sale’ on batteries,” he said.

Apple has already said that it doesn’t have any stock nationwide of iPhone 6 Plus batteries, according to an internal memo seen by MacRumors. Since the device is out of production, there won’t be any batteries available for replacement until “March or April,” according to the memo.

If you’re looking for a replacement battery, it’s worth bearing in mind that you don’t need to go to the Apple Store. Apple Authorized Technicians are able to replace a battery, and many of them still have available appointments and a plentiful stock of spare batteries. If you’re using the opportunity of cheap battery replacements to preemptively change your battery, it’s also worth bearing in mind that the $29 price will be valid until the end of 2018, so you can let the hype die down before taking your phone in.

Apple did not immediately respond to a request for comment from BGR.