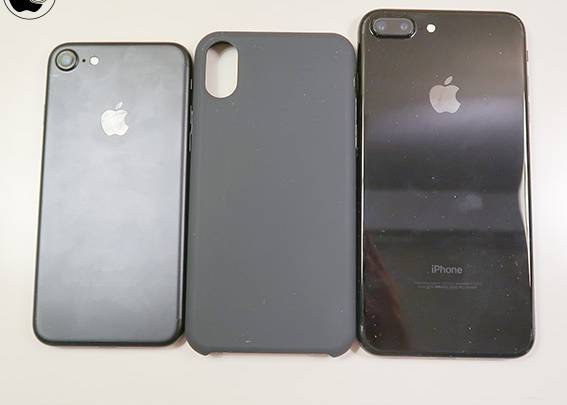 We still don’t even know for sure what calendar year the iPhone 8 is going to launch in, but China’s accessory industry waits for no man. Alibaba, China’s less scrupulous version of Amazon, already has iPhone 8 cases listed for sale, so a Japanese iPhone blog decided to take one for a spin.

Macotakara took its shiny new case for a spin, comparing it to more recent iPhone devices. The biggest change you can spot is the opening for a vertical dual-camera setup. It’s a little bigger than the horizontal dual camera module on the iPhone 7 Plus, but lines up well with recent rumors we’ve seen.

It’s likely that this case is made based on the same Weibo rumors that we’ve been seeing for the last week. With any luck, it will mean there’s no rear Touch ID sensor, as this case doesn’t have a cut-out for one. Although some images have shown an iPhone 8 with a rear-mounted fingerprint sensor, our bet is still that Apple has a more elegant solution planned.

The most interesting thing this video shows is the difference in size between the current iPhone 7 and the rumored size of the iPhone 8. The current best guess is that the iPhone 8 will have a 5-inch screen but with smaller bezels than the iPhone 7, which should mean an overall device that’s about the same size. In the video, you can clearly see that iPhone 7 is a loose fit in the case, so the physical dimensions of the iPhone 8 might be bigger than the 7 — bad news for the tiny-hand crowd.