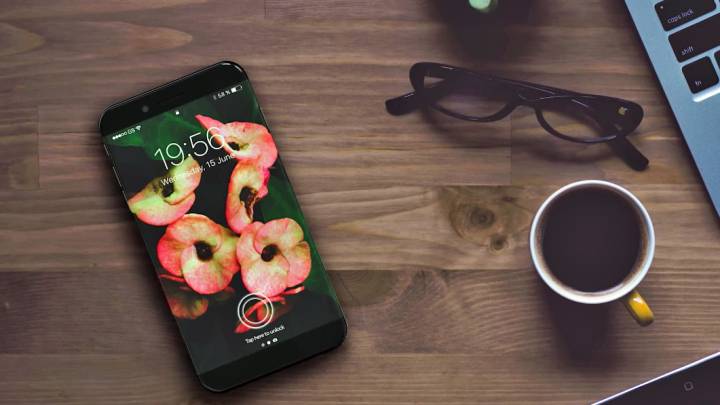 Apple’s preparing three new iPhones to celebrate it’s 10th iPhone anniversary this year, including an iPhone 8 that will be unlike anything Apple has created before. The handset is expected to feature an OLED display that occupies most of the front side, even if that means the iconic home button has to go. The iPhone 8 is rumored to feature a fingerprint sensor embedded in the display, a new laser-based 3D scanner, and wireless charging support as well. It’s also supposed to be more expensive than previous models. With the iPhone 8, Apple will “copy” features from its rivals, but it’ll also offer new features that are not available on any competing devices. Either way, the phone will certainly not be “boring,” as a new report seems to indicate.

In a report titled “Tech breakthroughs take a backseat in upcoming Apple iPhone launch,” Reuters seems to indicate there won’t be anything special about the iPhone 8, with some analysts suggesting Apple fans shouldn’t even expect a big redesign.

Reuters believes that the tech in the iPhone 8 will not be new. Its new features are already “old,” apparently, because they’ll be available on phones from Apple’s rivals before the iPhone 8 is released later this year.

“When Apple Inc launches its much-anticipated 10th anniversary iPhone this fall, it will offer an unwitting lesson in how much the smartphone industry it pioneered has matured,” Reuters says. “The new iPhone is expected to include new features such as high-resolution displays, wireless charging, and 3-D sensors. Rather than representing major breakthroughs, however, most of the innovations have been available in competing phones for several years.”

Reuters also seems to believe that the company’s plans for the iPhone 8 “suggest Apple’s product strategy is driven less by technological innovation than by consumer upgrade cycles and Apple’s own business and marketing needs.”

The notion that Apple takes its time adopting certain features is true. You won’t see something in a new iPhone unless it works as Apple wants it to. But concluding that the iPhone 8 won’t offer any “breakthrough technologies” this early in the game is quite wrong. Sure, some would say, suggesting the iPhone 8 will be a breakthrough device is also wrong this early in the game.

But I think it’s simply premature to dismiss the iPhone 8’s tech advancements as Reuters does it in this piece. Even if the iPhone 8 design looks exactly like the iPhone 7 (it won’t), and even if it offers refined versions of certain features that are already available on competing device, it’ll certainly pack plenty of innovations and an overall user experience that you simply won’t see in rival phones. Three things in particular come to mind: The fingerprint sensor embedded in the display, iOS 11, and — something that rarely comes up in rumors — Apple’s next-gen mobile chips.