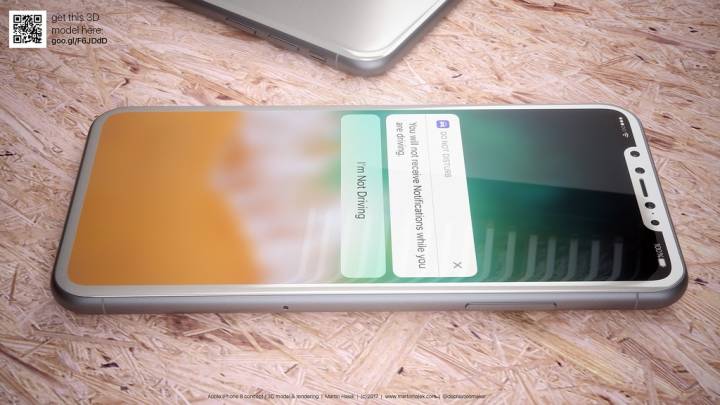 The convergence of leaks and rumors over the past few months have given us a pretty good idea of what the iPhone 8 will look like, but there are still plenty of mysteries surrounding Apple’s upcoming flagship phone. For example: How much are we going to end up paying for it? On Monday, prolific leaker Benjamin Geskin said that the iPhone 8 would start at $999 for the 64GB model and go all the way up to $1,199 for the 512GB model, but UBS analysts Steven Milunovich and Benjamim Wilson aren’t convinced.

In a note to investors seen by Business Insider, Milunovich and Wilson said that they “questioned the logic” of a $1,200 iPhone. The two also believe that Apple will stick with two storage capacity options — 64GB and 256GB — instead of three. As for prices, the analysts note that Apple has consistently priced its flagship phones below the price of the latest Galaxy Note device from Samsung. The Galaxy Note 8 costs $929.

“Apple tends not to price far from the high end competition,” the analysts said in the note. “With the Galaxy Plus at $840 and the Note at [almost] $950, we think a $900 price tag for the base OLED model makes sense.”

“We don’t think Apple thinks ‘How much can we charge?’ Rather it chooses a price band worth playing in and then develops a product to fill that space,” the two add. “For example, Apple decided the $900-1,000 notebook market was worth entering. It then asked ‘What does our $900 MacBook look like?’ Enter the MacBook Air. If Apple cannot deliver an experience worthy of the brand at a given price band and profitability level, it does not proceed.”

We doubt this will be the last iPhone 8 price rumor we see, but we’ll know for sure how much Apple’s new slate of phones (which it expected to include two less-radically different iPhone designs as well) cost when Tim Cook and company take the stage at the Steve Jobs Theater on September 12th.