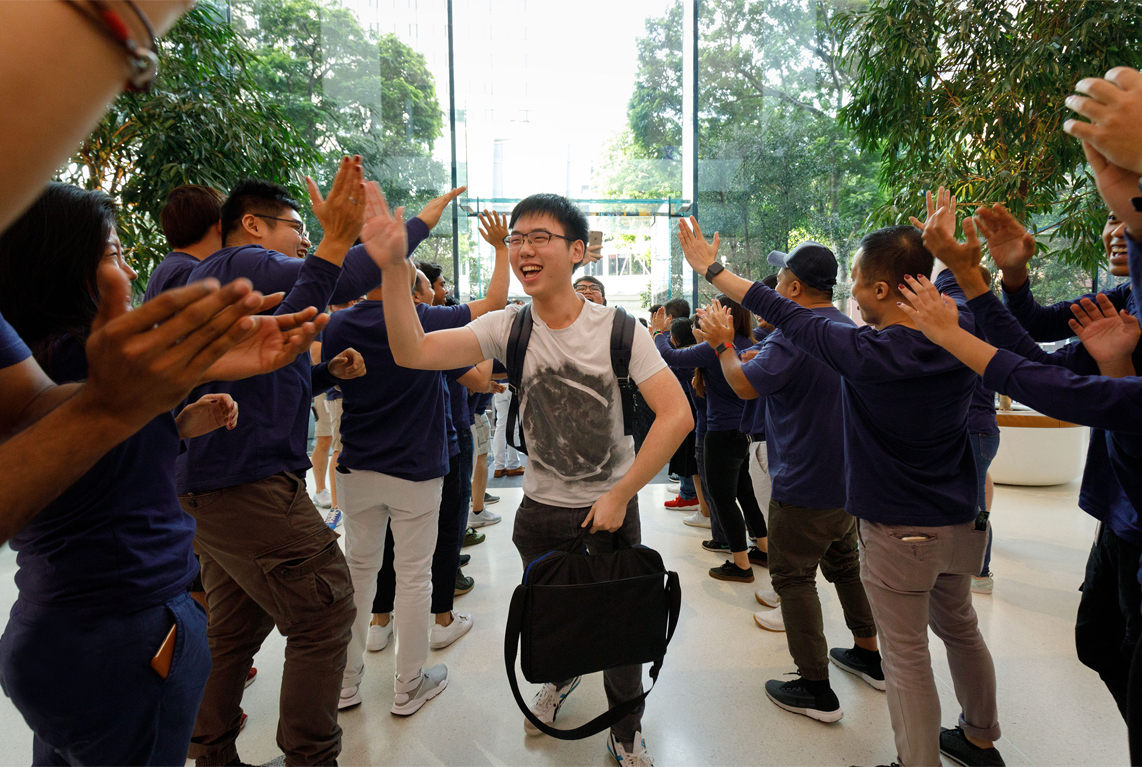 It’s September 22nd, which marks the official iPhone 8 and iPhone 8 Plus launch around the world. The phones were available for preorder for a week, as is customary with every Apple launch. Various models also sold out rather quickly, which is also to be expected from a new iPhone launch. However, delivery estimates dropped only mildly compared to previous years, suggesting that the iPhone X has already convinced many people to skip the iPhone 8 series.

The iPhone 8 and iPhone 8 Plus already received mixed reviews. After all, their technical abilities match the iPhone X. But all these reviews also mentioned the iPhone X as a factor that will affect iPhone 8 sales.

Reports from analysts also indicated that the iPhone X will eat into iPhone 8 sales, even if Apple won’t be able to meet iPhone X demand for many months to come.

Apple already put up pictures from around the world on its website, but they don’t tell the same iPhone launch story you expect. There are no significant crowds in these images, and Apple is yet to update it with photos from Europe.

Looking at the Asian/Pacific launch, the first region of the world getting the iPhone 8 today, Reuters reports that iPhone 8 is seeing a muted launch in the region. iPhone fans apparently held out for the premium iPhone X that’s supposed to start selling in early November.

In the past, hundreds of people would usually gather at the Apple Sydney city store waiting for the new iPhone. On Friday, fewer than 30 people lined up to buy the phone.