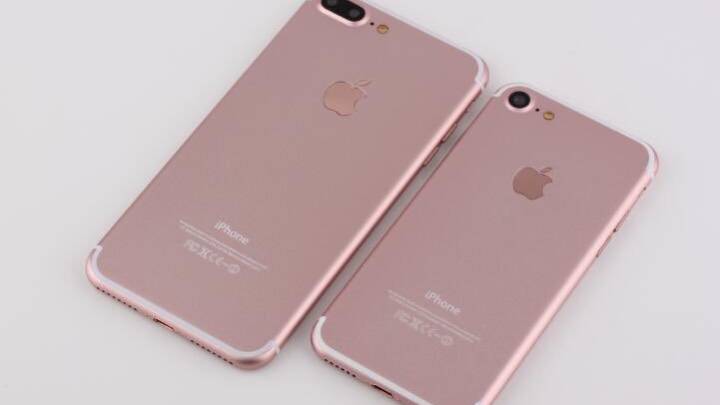 I am an iPhone user, and I think the iPhone 7 will be the best smartphone for iOS fans come this fall. Apple’s next-gen smartphones may have the same “old” design, but everything else is getting a lot better. However, the iPhone 7 and iPhone 7 Plus won’t be identical, and I already wrote that Apple might make me buy an iPhone I don’t want this year, as the iPhone 7 Plus might be the worst thing about the iPhone 7.

With all that in mind, I can’t wait so see Apple’s silly explanation for the huge difference between the 4.7-inch and 5.5-inch new iPhones.

For the first time in three generations, the two new iPhones coming out this fall won’t offer the same set of features. Differences caused by size, including the bigger screen, higher resolution, and a larger battery, won’t be the only things making the iPhone 7 Plus the better option. This year’s iPhone 7 Plus will have a hot dual-lens camera capable of some amazing features according to some reports. Rumors also say the iPhone 7 Plus will have more RAM than the iPhone 7, exactly because of that camera’s requirements.

Meanwhile, the iPhone 7 will get its camera upgrade, hardware-wise, but it won’t be a copy of the dual-lens shooter found on its sibling. Thus, Apple is practically telling buyers who favor the smaller form factor that they can’t get the same awesome experience that the dual-lens will have to offer.

The camera is one of the iPhone’s best features, and it’s likely that some buyers will not appreciate having to choose between two different next-gen camera experiences. Imagine for a second the backlash if Samsung would have equipped different cameras in the Galaxy S7 and Galaxy S7 edge. Even Google’s Nexus 6P and Nexus 5X share the same specs when it comes to the primary camera.

Make no mistake, Apple will likely explain all the hot innovations around that dual-lens camera on stage, during the iPhone 7 announcement event. After all, it’s the first time the iPhone is getting such a camera. And Apple will also highlight the iPhone 7’s camera, which should offer an excellent performance as well. But it may not tell us right away why it chose to equip different camera hardware in these two handsets.

I can also understand why Apple opted for a protruding camera on both iPhone 6 and iPhone 6s generation, a compromise between its desire to ship great cameras in a thin body. By the way, remember when Apple tried to pretend the camera bump wasn’t there?

I can also understand why Apple stuck it out with 16GB as the entry-level storage tier — Apple likes money is one answer. But Apple would tell us that 16GB is enough for more users.

Finally, I definitely understand why the headphone jack has to go. And I don’t mind losing it one bit.

But I’ll have a tough time coming to terms with the fact that the same camera inside the iPhone 7 Plus can’t make it into the iPhone 7.

Apple could say that the dual-lens camera is rather bulky, and imply that design concerns convinced it not to go forward with such plans on the iPhone 7.

Apple could say that a dual-lens camera assembly takes up too much internal space as well, and impact battery life on the iPhone 7, which already has a smaller battery than the phablet. And that might be very well true. If only someone thought about making the iPhone just a bit thicker…

Apple could also say that supply and/or cost concerns is what convinced it to go with this camera setup for the iPhone 7 series. After all, early reports did say that there might not be enough dual-lens supply to equip all the iPhone 7 Plus versions.

One other plausible explanation concerns pricing. Dual-lens cameras are probably more expensive. Putting more RAM inside the iPhone is also more expensive. The same goes for extra storage. And Apple likes its high iPhone prices and its high iPhone margins. Given that more people buy 4.7-inch iPhones than 5.5-inch models, Apple would want to keep manufacturing costs as low as possible for one more year, especially considering that analysts expect Apple to sell fewer iPhones this year.

And Apple could even go ahead and say that it simply doesn’t care about what people want in a phone and that it keeps skating towards where the puck is heading. But I bet you a rare Pokemon that Apple won’t be that forthcoming about its camera choices in the iPhone 7, and that when it does, it’ll have a silly explanation for it that might not deliver the whole truth.

UPDATE: Readers point out there is a camera difference between the iPhone 6/6S and iPhone 6/6S Plus that I have not mentioned. That’s optical image stabilization (OIS) support on the phablets. That’s true, but that’s still not such a big difference, one that I mentioned before, at least compared to the camera changes coming to the iPhone 7 series.