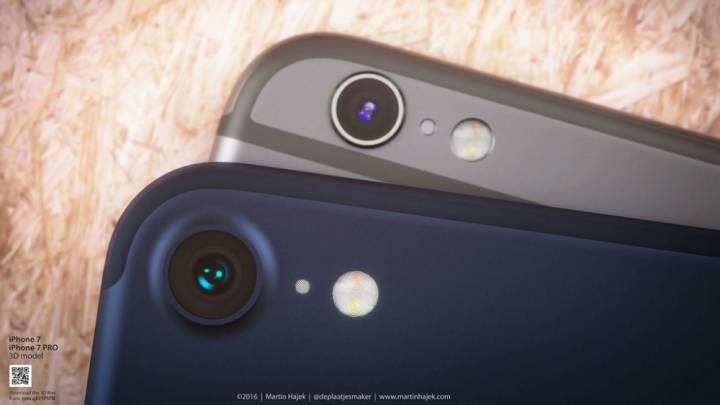 It seems that all you need to do to get your hands on an iPhone 7 shell is go to China, were parts providers would sell you such parts. A new video from the region features a comparison between the iPhone 6s and an iPhone 7.

YouTube channel BeSound obtained the rear shell of the iPhone 7 from a local manufacturer, and while we can’t confirm whether we’re looking at the real thing here, the metal shell definitely looks exactly as we expect, after seeing so many iPhone 7 and iPhone 7 Plus leaks.

The iPhone 7 will be nearly identical to the iPhone 6s, and you might not be able to tell them apart from the distance. Once you get closer, you’ll immediately notice the obvious differences. The iPhone 7 has a bigger rear camera, redesigned antenna bands, and no headphone jack on the bottom. The video mentions all these design choices for the iPhone 7, showing this purported iPhone part from all angles.

At this point, it’s hardly unlikely that Apple will surprise us with the iPhone 7’s design, which many people deem boring already. What’s more interesting, however, is what’s under the hood.

Unfortunately, we’re not looking at a functional iPhone 7 that would reveal details about its hardware, and we wouldn’t really trust such a leak just yet. That said, we still have about two months to go until the 2016 iPhones hit stores, and it’s very likely we’ll plenty of leaks to look at until then.