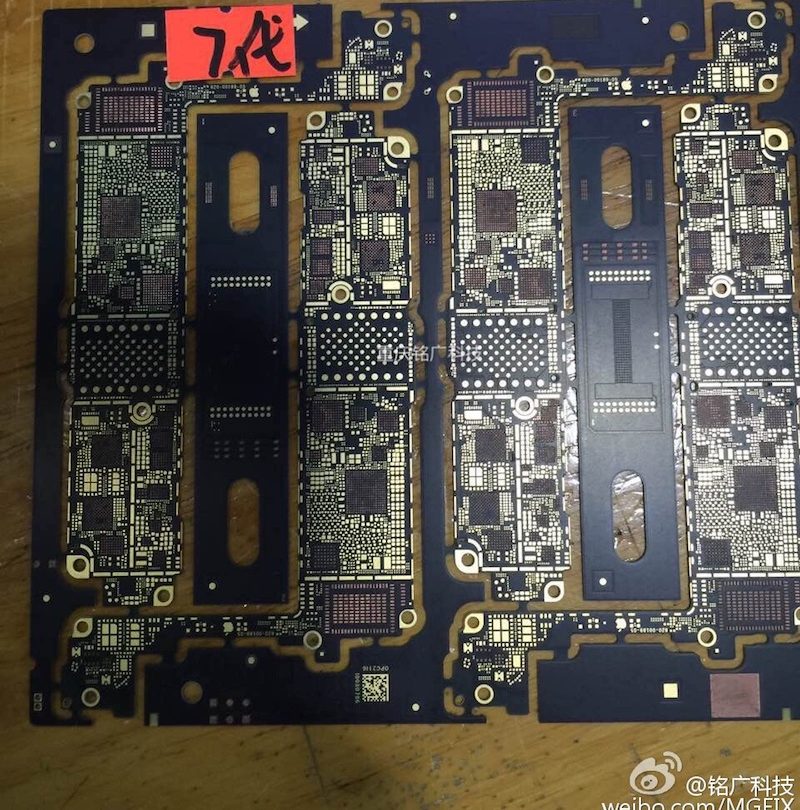 We’ve seen dozens of leaked photos claiming to show the outside of the new iPhone 7, but what about the internals? The logic board is where all the magic really happens, so it’s about time we got a look at it.

Luckily, Chinese social network Weibo is ON IT. Generally reliable Twitter leaker Steve Hemmerstoffer found the photos below, which claim to show the iPhone 7’s PCB. There’s no dramatic surprises and a strong resemblance to previous iPhone motherboards, hinting that we’re probably looking at the real thing.

What can we tell from the photo? Well, first off, any previous rumors of a dual-SIM iPhone are off the table. The space for the SIM on the PCB is roughly the same as on previous iPhones, so no network-swapping magic for you.

Unfortunately, just looking at the logic board doesn’t answer the biggest question about the iPhone 7: to headphone, or not to headphone? The headphone jack has traditionally been connected using the same cable as the Lightning connector, so the lack of dedicated port for the 3.5mm jack on this PCB doesn’t mean that it’s going to be missing when the phone ships.

There’s no other real surprises from visible inspection of the PCB. The slot for an A10 processor looks about the same size as in previous years, there’s the usual motion co-processor, and spots for a camera.