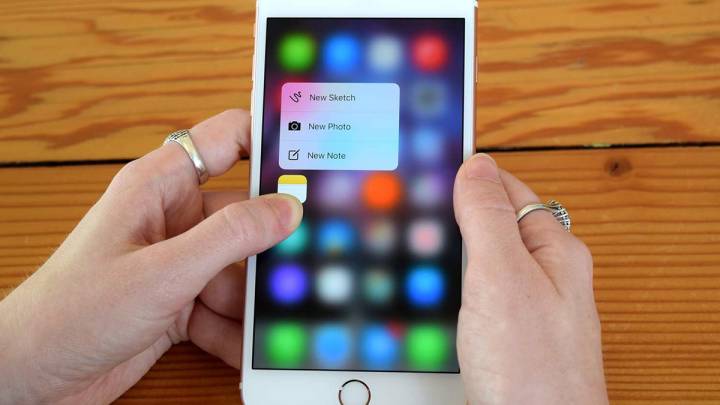 In just a few short days, Apple is going to take the wraps off of its first brand new iPhone of the year. It won’t be the iPhone 7. In fact, it won’t be all that “brand new” either. Instead, the iPhone SE is expected to essentially be an iPhone 6 with a 4-inch screen wrapped in a housing that looks similar to the iPhone 5. It’ll be a great lower-priced option for emerging markets and old school iPhone holdouts who refuse to upgrade to a larger phone, but it won’t be terribly exciting for more savvy users looking to stay on the cutting edge.

The bad news is that we still have about six months to wait before Apple unveils the iPhones we’re really waiting for. The good news, however, is that we already know plenty about the iPhone 7 and iPhone 7 Plus set to launch later this year.

First things first: while much of this information comes from tried and true sources that have been very accurate in the past, nothing is confirmed until Apple confirms it. And of course at this point, Apple hasn’t confirmed a single detail about the iPhone 7 or iPhone 7 Plus.

With that out of the way, let’s get to the fun part.

We don’t yet know how big Apple’s new iPhones will be or if the displays will be the same size and resolution as the current models, but we do know that the new phones are going to be thinner than the iPhone 6s and 6s Plus. Way back even before the iPhone 6s was unveiled, the world’s most accurate Apple insider had some details to share about the iPhone 7.

According to KGI Securities analyst Ming-Chi Kuo, Apple’s iPhone 7 will measure between 6.0 and 6.5mm thick. That’s a pretty significant drop from the 7.1mm-thick iPhone 6s, but on the flip side it likely means we shouldn’t expect much in the way of battery life improvements.

Kuo didn’t say how thick we should expect the iPhone 7 Plus to be, though it’ll be marginally thicker if the 6s and 6s Plus are any indication.

Moving deeper into the phone’s design, a number of reports have suggested that Apple’s new iPhone 7 and iPhone 7 Plus will feature redesigned antenna lines that are slightly less, well, ugly. We’ve also seen repeated claims that the protruding camera lens from the iPhone 6 line and iPhone 6s line will be a thing of the past, replaced by either a flush lens or one that is barely raised from the iPhone’s surface.

A recent photo leak that supposedly shows the iPhone 7’s design suggests that these details are all accurate, though we obviously can’t be sure that the pictures are genuine. See the photo here and judge for yourself.

Moving on, there have been more reports than we can count suggesting that Apple plans to do away with the iPhone’s standard headphone jack. Instead, people will have to use wireless headphones and speakers, or use headphones that have a Lightning plug instead of a standard 1/8-inch audio plug.

Of course, there will also be plenty of options out there to make your current headphones work with the iPhone 7.

Apple’s smaller iPhone 7 may or may not include a camera with optical image stabilization this year, but the larger iPhone 7 Plus will still have a leg up on its smaller counterpart. According to numerous reports, Apple is planning a dual-lens camera mechanism for the larger iPhone while the smaller version will continue to use a single-lens configuration.

A recent component leak and a supposed photo of the iPhone 7 Plus both support those reports.

Ming-Chi Kuo also said at one point that there could be another major difference between the iPhone 7 and 7 Plus this year. According to Kuo, the iPhone 7 may ship with 2GB of RAM while the 7 Plus could have 3GB. While the jump from 16GB to 64GB was the major factor keeping Apple’s iPhone ASPs up in the iPhone 6 cycle, it looks like feature differentiation in favor of the pricier Plus model could be Apple’s secret weapon for the iPhone 7 cycle.

Beyond that, everything else we’ve heard to date has come from sources that don’t have a track record good enough to really rely on. For example, we’ve seen a photo that suggests the iPhone 7 might have the same Smart Connector hardware interface as the iPad Pro. There’s also a rumor from a reliable source (Ming-Chi Kuo) that a special premium version iPhone 7 Plus might be the only model to feature a dual camera setup, and it could even be renamed to “iPhone Pro.” Kuo was unsure that this would be the case, however.

Finally, there could be a 256GB version of the iPhone 7, but that’s just speculation at this point.

Apple’s next-generation iPhone 7 and iPhone 7 Plus (and iPhone Pro?!) are expected to be announced and released in September 2016.