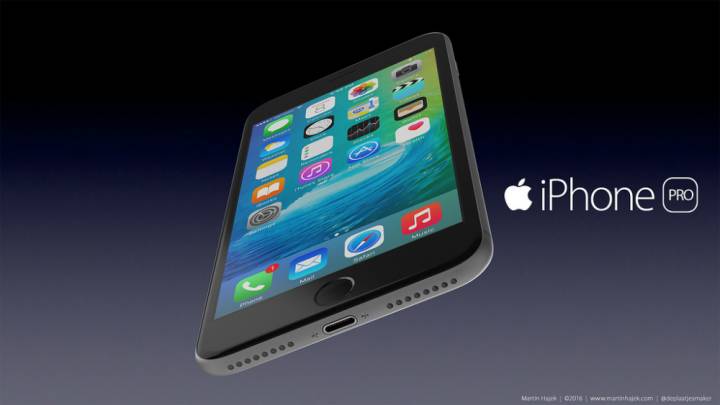 Apple on Monday announced a couple of new products that had been revealed weeks before by assorted leaks. Some say the iPhone SE and iPad Pro are boring updates on existing products, but that’s hardly the case. The iPhone SE is as powerful as the iPhone 6s, and the 9.7-inch tablet has some features that are better than what’s available on the 12.9-inch model.

But Apple really surprised audiences with some of its pricing announcements: The Apple Watch is now cheaper than ever, and the iPhone SE has $400 entry price.

Is it possible that the iPhone 7 will be cheaper than expected?

It’s clear that Apple is interested in making some of its new products more affordable, even if that means its margins might take a hit in the process. But it’s one thing to reduce the price of an iPhone that has an old design that’s more affordable to manufacture, and quite a different thing to do it with a brand-new iPhone design such as the iPhone 7.

However, just like the iPhone 6 almost two years ago, the iPhone 7 could be cheaper than its predecessors, without Apple changing its pricing structure. How can that happen? One word: Storage.

The iPhone 6s is available in three options, including 16GB, 64GB, and 128GB, which retail for $649, $749, and $849, respectively. These are the same versions and prices of the iPhone 6 – and sound theories explain why Apple kept in place de 16GB for one more year with the iPhone 6s rather than replacing with a 32GB option.

This year, Apple may very well make a significant change to storage tiers, opting for a 32/128/256GB or 64/128/256GB setup. Rumors say that Apple may have a 256GB iPhone in stores this year, joining its iPad Pro models, both of which are available in 256GB memory options. As for pricing options, Apple would likely keep in place the same tiers, without modifying a single thing.

However, regardless of iPhone 7 model, doubling base storage (the 32/128/256GB model) while maintaining the same price in place essentially gives you a cheaper iPhone. You won’t have to shell money for a more expensive iPhone just because the 16GB model is insufficient. You won’t have to pay more for cloud storage, and you won’t need to purchase external flash memory for the iPhone.

Of course, this is just speculation at this point, based on Apple’s latest announcements and taking into account what some rumors say about a 256GB iPhone 7.

Two things are clear, though: 16GB of storage on iPhone doesn’t seem to cut it anymore. I’ve purchased 64GB versions of the iPhone 6 and iPhone 6s, and I’m usually using more than 40GB of storage, so it’s likely I’m never going to buy a 16GB iPhone in the future. Secondly, Apple seems to favor a 32/128/256GB lineup for its iPads, which is a subtle way of acknowledging that 16GB isn’t enough for the base models, so we might see the same storage setup adopted for the iPhone of the future.