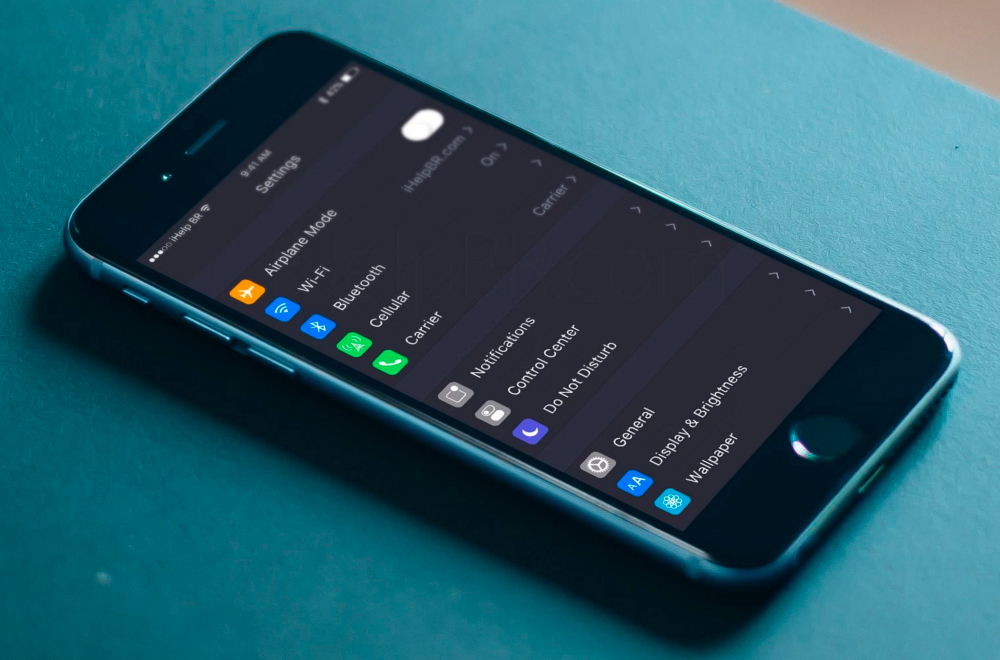 In just a few days Apple will take the wraps off its latest software products with iOS 10 being one of the most important announcements coming out of WWDC 2016. Apple is expected to refine the overall iOS experience even further with iOS 10, and the company will also introduce a bunch of new features for its mobile operating system. A set of new pictures proposes a closer look at two features that iPhone and iPad users are hoping will arrive on their devices with the release of iOS 10, but for now they’re just awesome looking concepts.

The mockup iOS 10 pictures come from iHelpBR and imagine what dark mode and split screen functionality would look like on an iPhone. These features are already available on some Apple products, including the Mac (dark mode) and iPad (split screen support). While neither one is currently supported by the iPhone, rumors suggest both could be incoming in iOS 10.

As such, the concepts laid out in these images could actually end up being real.

The dark mode would be particularly helpful as it would offer users a darker palette than what they’re used to in iOS. Sure, there’s a Night Shift mode available on the iPhone and iPad, but that’s nothing like what a dark mode would offer. The closest thing to a dark mode on iPhone is the Apple Watch app, which features a black background at all times.

Split screen functionality and picture-in-picture might not play nice with smaller displays – think of the iPhone SE and 4.7-inch iPhone – but they might be useful on the Plus model iPhones.