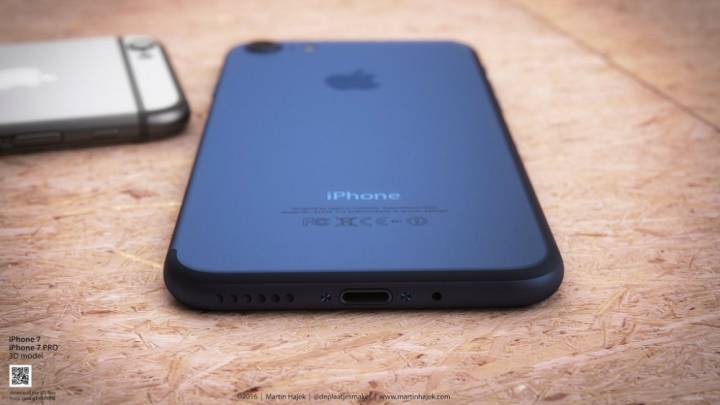 Various reports seem to agree that Apple will introduce a new iPhone color starting with the 2016 iPhone series due this year. But they don’t agree on what the new color will be. Referred to as the iPhone 7 though it may have a different commercial name when it launches in September, the new family of devices is supposedly coming either in blue or black, color options that have not been available on any previous iPhone models – not including the plastic iPhone 5c that did come in a blue version, of course.

Apple isn’t ready to share any iPhone 7 pictures just yet, but designers already took to the web to imagine what a “Space Black” iPhone 7 would look like.

Here’s one such concept from @ShaiMizrachi.

As for the blue option, YouTube channel TechConfigurations created a short video that shows 3D renders of an iPhone 7 based on existing design leaks, painting the handset in a “dark blue” shade – check it out.

It looks nice and all, but a real blue iPhone 7 model would probably look like this instead.