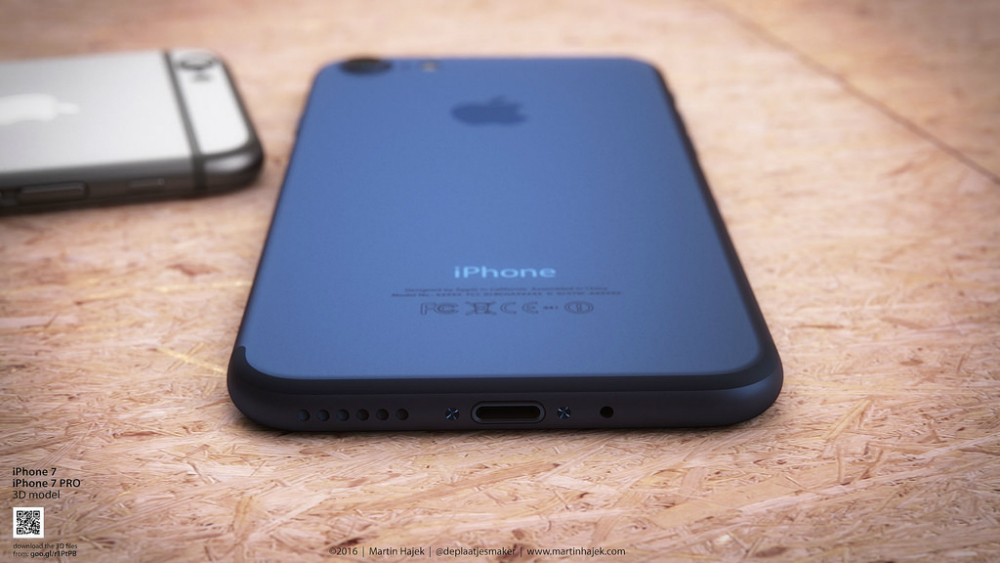 The iPhone 7 won’t be out for three more months, and most reports already say it’ll be a “boring” upgrade over the iPhone 6s when it comes to overall design. The many leaks that hit the web revealed the main differences between the iPhone 7 and iPhone 6s. But in addition to fueling the passion of iPhone fans, these leaks are also helping Chinese knock-off makers come up with iPhone 7 clones a lot faster than expected.

An iPhone 7 Plus clone, complete with a dual lens camera, redesigned antenna lines, and an Apple logo can easily be seen in the following image, provided by GizChina. You’d think it’s a real pink iPhone, considering the many leaks we’ve seen so far. From the looks of it, however, it appears this clone does retain the headphone jack, whose tiny dent can be spotted in the lower right corner.

But it’s enough to read the fine print that reads “Designed by TAIWAN, made in China” to realize this isn’t some near-final iPhone 7 Plus prototype that someone obtained from Chinese handset makers.

It’s not clear at all whether this clone is functional. But if it is, it’s likely running some version of Android, just as all previous iPhone clones. There’s no commercial name for it either, and we have no idea if you can already buy this iPhone 7 clone in the region.

Some smartphone buyers may be fine buying iPhone knock-offs, and most people should not worry about this sort of thing. But those buyers who are purchasing used iPhones should pay attention to these sort of products, so they avoid being conned.

What’s ironic about this whole thing is that Apple lost a patent case in China over the iPhone 6 design to a company that’s not actively selling any smartphones. Yet phone makers in China have been thriving by selling iPhone knock-offs for years.