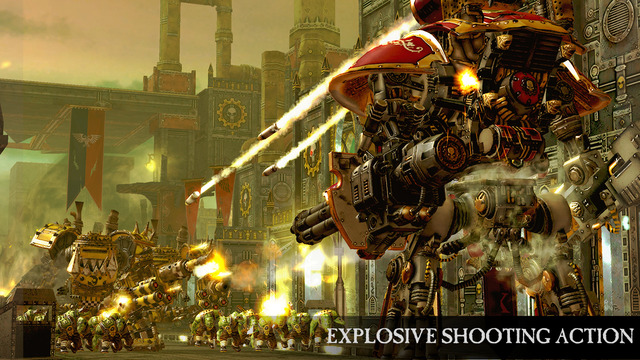 3D Touch is the signature feature of the iPhone 6s series, a brand new touch pressure sensitivity system that can tell how hard a user presses on the screen. The new gestures show plenty of promise, as third-party apps developers will likely think of innovative ways to include it in apps in the future. For the time being, 3D Touch is mostly used for shortcuts like Quick Actions, Peeks and Pops in official apps, even though developers have already managed to highlight other 3D Touch uses in various app concepts.

However, there’s finally an app that does something truly unique with 3D Touch, and it’s already available in the App Store.

Dubbed Warhammer 40,000: Freeblade, the app is actually a game available to users as a free download. On the iPhone 6s and iPhone 6s Plus, gamers will be able to use 3D Touch gestures inside the game to switch between weapons by simply applying more pressure to the screen when they tap.

Notably, this kind of 3D Touch functionality enhances the 6s experience without ruining it for players who own older iOS hardware, where 3D Touch functionality isn’t available. This particular implementation also shows that developers are looking to integrate 3D Touch in interesting ways in apps and games. And gamers who play Freeblade on iPhone 6s first will likely find it annoying to fiddle with menu items to change weapons on older hardware, given the fast-paced action in this shooter that requires users to switch between various guns in a matter of seconds.

A video trailer showing you what the new Warhammer mobile game is all about follows below.