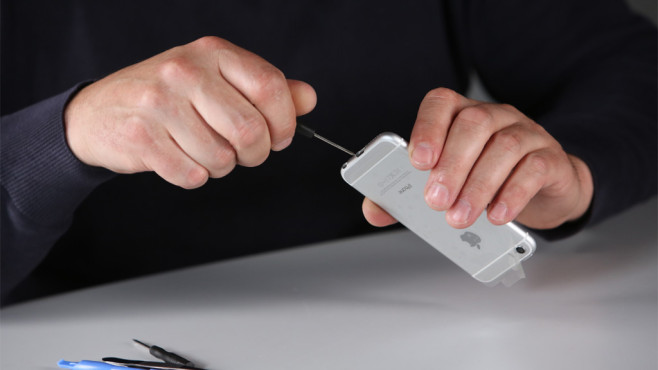 Although the iPhone SE is on track to be yet another massive hit for Apple, it’s not what every potential buyer was looking for out of a new 4-inch device. The iPhone SE turned out to be little more than an iPhone 5s with upgraded internal components, lacking any distinct design alterations.

It’s hard to be overly enthusiastic about a new phone that looks like an old phone, but that’s exactly why Computer Bild’s iPhone 6 SE is such a fascinating project.

Having noted the lukewarm critical response to the design of the iPhone SE, some Chinese manufacturers decided to build and sell iPhone SE casings stylized to look like miniaturized iPhone 6s casings.

The prospect of taking apart and rebuilding an iPhone might sound terrifying, but Computer Bild wanted to give the new iPhone a modern look, no matter the cost. So they proceeded to tear apart an iPhone SE, take out of the parts and put the phone back together in the knock-off iPhone 6s casing.

Although the resulting Frankenphone does look like a mini-iPhone 6s at a glance, Computer Bild admits that the work required to make the iPhone 6 SE a reality and the risk of permanently destroying your phone (while voiding the warranty) make this project only for those who aren’t concerned with the potential consequences.