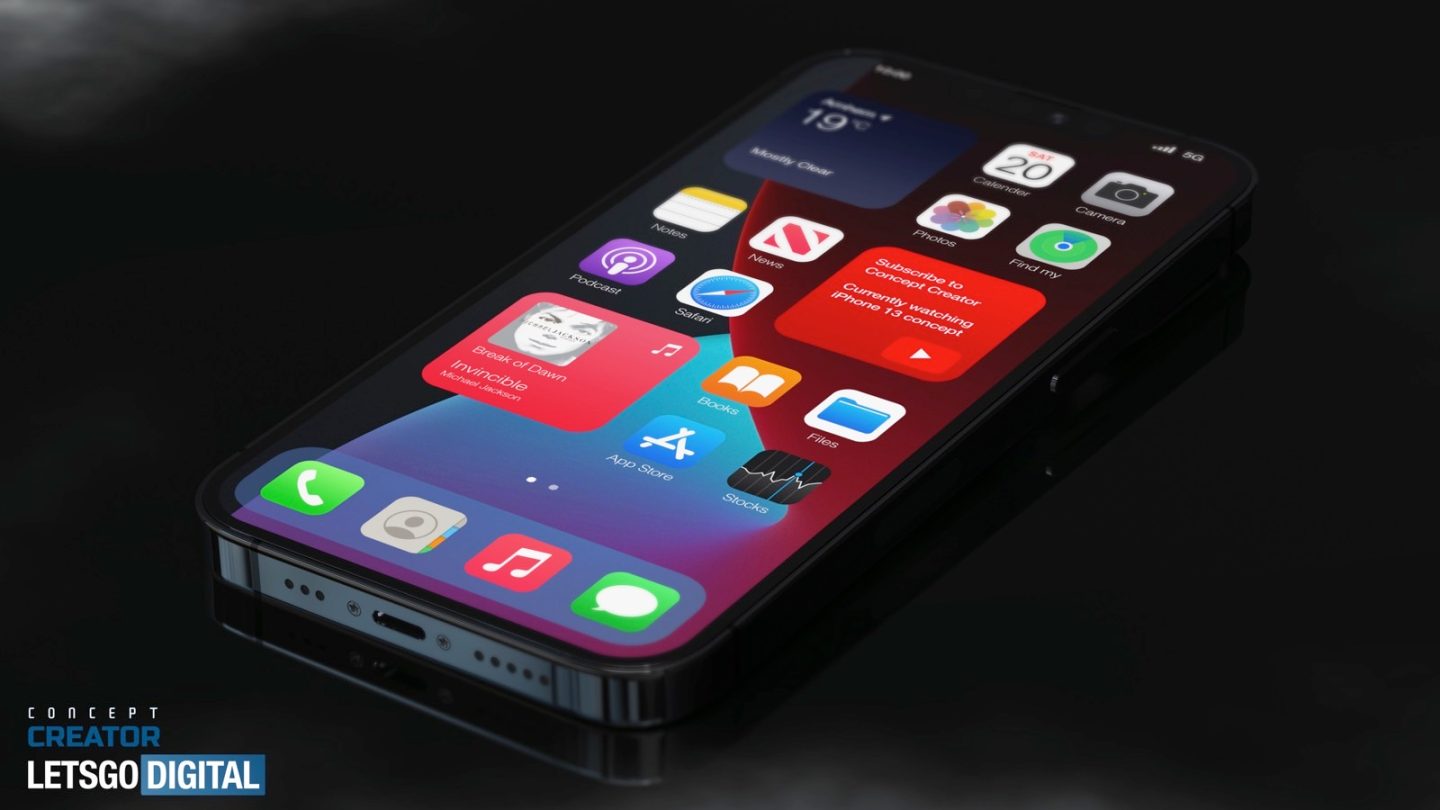 All signs point to a mid-September reveal event for this year’s new iPhone, although Apple is far from announcing the iPhone 13 keynote. Last year, Apple did warn fans well ahead of time that the iPhone 12 launch would be delayed. The pandemic impacted Apple’s operations, and the iPhone 12 models reached stores in two batches in late October and early November. This year, various reports claim that Apple is already taking measures to ensure enough supply of crucial iPhone 13 components to prevent unwanted delays.

Aside from the multitude of unverified supply chain rumors, we’ve also witnessed an avalanche of leaked iPhone 13 schematics in recent months that have given us a good idea of what to expect from the 2021 handsets. Designers who routinely create gorgeous concept renders of unreleased devices based on the leaks that flood the web already came up with great iPhone 13 renders. Now, the latest video imagines what the iPhone 13 Pro would look like based on all of the detailed design rumors floating around.

As is often the case with Apple’s iPhones, not every generation features a full design makeover. The iPhone 12 delivered the most important design update since the iPhone X launched in 2017 with flat screens, flat sides, and curved edges. The iPhone X notch was still present at the top of the phone, though, as was the camera bump on the back.

The iPhone 13 will largely recycle the iPhone 12 design, although Apple plans a few changes that will be immediately noticeable to buyers. The Face ID notch will be narrower on all four iPhone 13 versions, a design update we’ve been waiting years to see.

The main camera will be slightly larger than it was on previous models. Apple will supposedly bring the sensor-shift optical-image stabilization camera introduced on the iPhone 12 Pro to every iPhone 13 model as well. The camera module isn’t only getting more prominent; it’s also getting thicker. But every 2021 iPhone model will be slightly thicker than its predecessor, measuring in at about 0.2mm. This will allow Apple to increase the battery size on the iPhone 13.

Dutch designer Jermaine Smit (Concept Creator) partnered with LetsGoDigital to create the renders above, as well as the following video that highlights all the rumored design changes. The clip shows what the iPhone 13 Pro would look like with a smaller notch and a larger triple-lens camera on the back. The same design would apply to the iPhone 13 Pro Max.

The iPhone 13 and iPhone 13 mini would feature a similar design, but the rear camera will feature only two lenses, which will be placed diagonally rather than vertically.

As always with concept iPhone designs based on rumors, nothing is official right now. The video is based on leaked schematics, which might not be accurate: