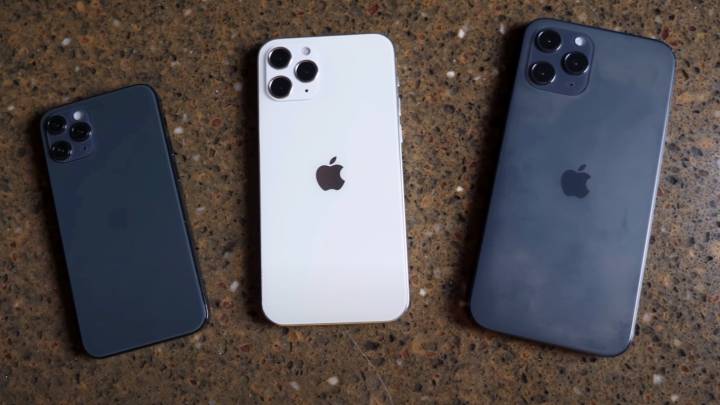 YouTube channel iupdate obtained dummy units of the 5.4-inch, 6.1-inch, and 6.7-inch iPhone 12 versions from an unspecified source. The handsets have exactly the designs we expect from the iPhone 12. We’re looking at flat edges just like the iPad Pro or the iPhone 5. The display is flat and features a notch at the top. However, it’s unclear whether we’re looking at a regular-size notch or a smaller one.

The 5.4-inch iPhone 12 will be the most compact iPhone ever with a notch. The phone will be even smaller than the 2nd-generation iPhone SE that Apple released a few months ago, but it will feature an all-screen display.

The rear panel of the iPhone 12 models will also be made of glass so they can continue to support wireless charging. The rear camera setup isn’t on par with rumors, however. Not all four iPhone 12 models will feature a triple-lens camera on the back. The cheaper ones will have just two cameras, while the Pros will get a fourth sensor — the LiDAR sensor that was introduced on the 2020 iPad Pro.

As is the case with iPhone dummy units that we see every year before Apple launches a new phone series, the iPhone 12 mockups don’t tell the full story. The iPhone 12 will be the first iPhone series to support 5G connectivity and the premium handsets are rumored to pack 120Hz ProMotion OLED screens. All four iPhones will have OLED panels, which will be another first for Apple. Finally, the phones will run iOS 14 on Apple’s brand new A14 chip. Apple has already unveiled the main features of iOS 14, but anything that’s iPhone 12 specific will have to wait until September.