For the first time in a very long time, Apple was able to surprise us all in September when it unveiled its new iPhone 11 lineup. Months and months of leaks leading up to Apple’s big announcement revealed plenty of details about the iPhone 11, iPhone 11 Pro, and iPhone 11 Pro Max. But unlike the leaks and reports that preceded other iPhone unveilings, much of what we saw regarding Apple’s iPhone 11 series turned out to be wrong. Renders and physical mockups of the iPhone 11 and iPhone 11 Pro phones were way off despite being based on the same design files that get stolen from Apple’s manufacturing partner Foxconn each and every year. As a result, elements of Apple’s design were misrepresented in those renders that the actual iPhones ended up looking nothing like the depictions we saw leading up to their release.

As it turns out, a sleek new design isn’t the only twist this year when it comes to Apple’s new iPhones. The iPhone 11, iPhone 11 Pro, and iPhone 11 Pro Max feature the next-generation A13 Bionic processor that packs 20% more power than its predecessor, according to Apple. We’re obviously used to seeing big performance improvements from Apple’s new iPhones each year, and early benchmark tests indeed showed solid gains from Apple’s iPhone 11 series. Now that the phones have been released and they’re being tested by reviewers and vloggers, however, Apple’s iPhone 11 and iPhone 11 Pro phones haven’t been performing as well as we expected them to. And now, a new real-world speed test has yielded the most shocking results yet.

Just yesterday we shared a performance test video with you that showed last year’s iPhone XS beating the new iPhone 11 Pro in an “app race.” These unscientific real-world speed tests have become a tradition with YouTubers, who use these races to help illustrate how one phone compares to another when performing real-world tasks like opening and switching apps. Since the iPhone 11 Pro has Apple’s latest processor and a few other key upgrades, we all expected it to handily beat the iPhone XS. As we showed you, however, that wasn’t the case at all.

Now, another YouTuber that we’ve covered before has conducted the speed test we’ve all been waiting for, and the winning phone definitely comes as something of a shock. We’re used to seeing Apple’s latest iPhones crush their Android rivals in these app race videos, but that’s not at all what happened when PhoneBuff pitted the new iPhone 11 Pro Max against Samsung’s Galaxy Note 10+. 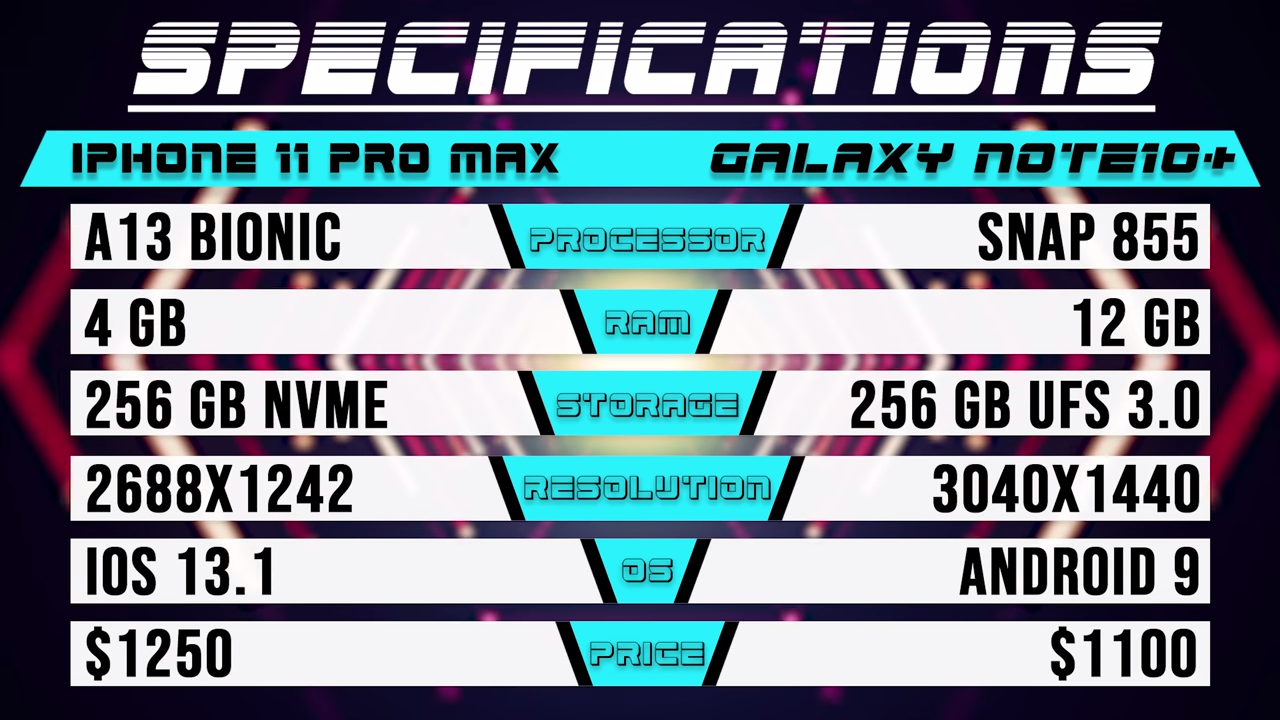 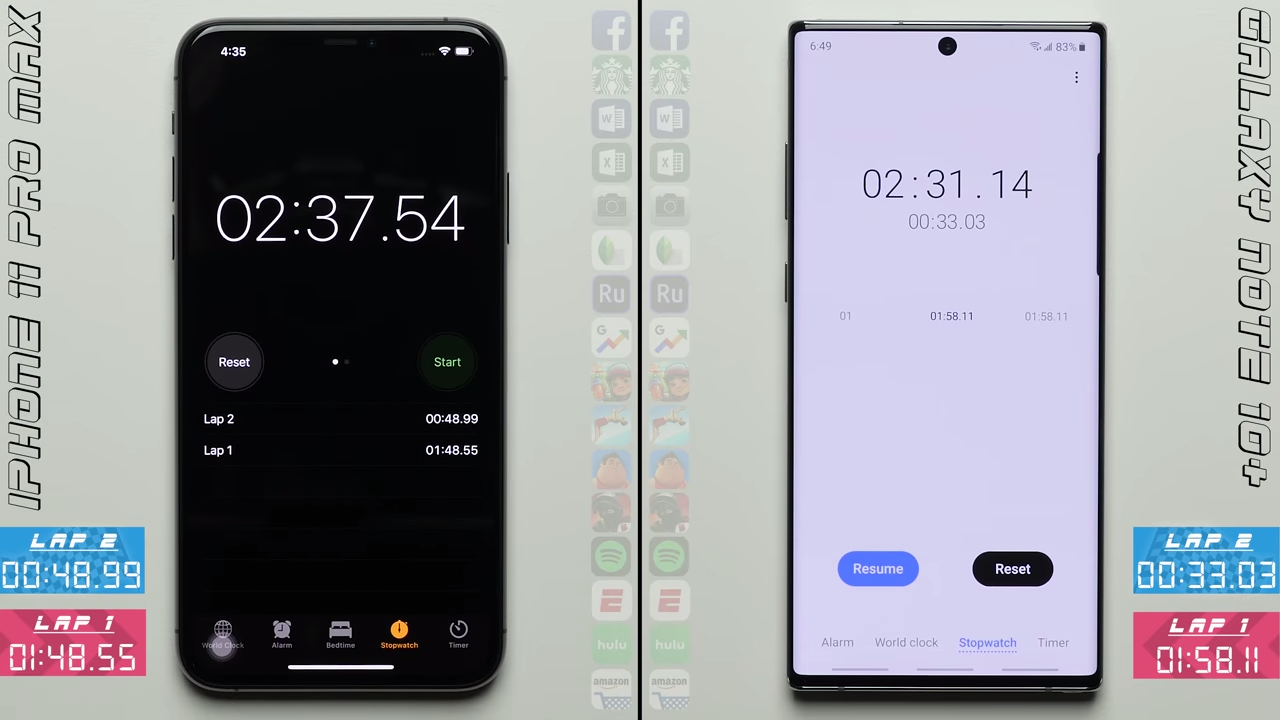 As you can see in the screenshot above, the iPhone 11 Pro Max handily beat the Galaxy Note 10+ in the first “lap,” where a sequence of apps is opened in the same order on both phones. This lap tests how quickly each phone can perform under a heavy load. In the second lap, where the same apps are opened once again in the same order, the Galaxy Note 10+ pulled ahead when it beat the iPhone 11 Pro Max by a huge margin of 16 seconds.

The second lap tests how well a phone holds apps in RAM and recalls them from memory, and clearly, the iPhone 11 Pro Max falls short in this department. And unlike the speed test we showed you on Monday, the iPhone 11 Pro Max in this video is running iOS 13.1. Our minds immediately go back to 2017, when iOS 11 has serious RAM management issues that hindered the performance of Apple’s iPhone 8 and iPhone X lineup. In fact, the problems were so bad that Apple’s iOS 12 release was focused almost entirely on bug fixes, optimizations, and performance enhancements to the point were several big new features were delayed.

Does Apple’s iOS 13 and iOS 13.1 software have similar RAM management issues? It certain seems that way from the results we’ve seen so far from these real-world speed tests. Check out the full video from PhoneBuff, which is embedded below.