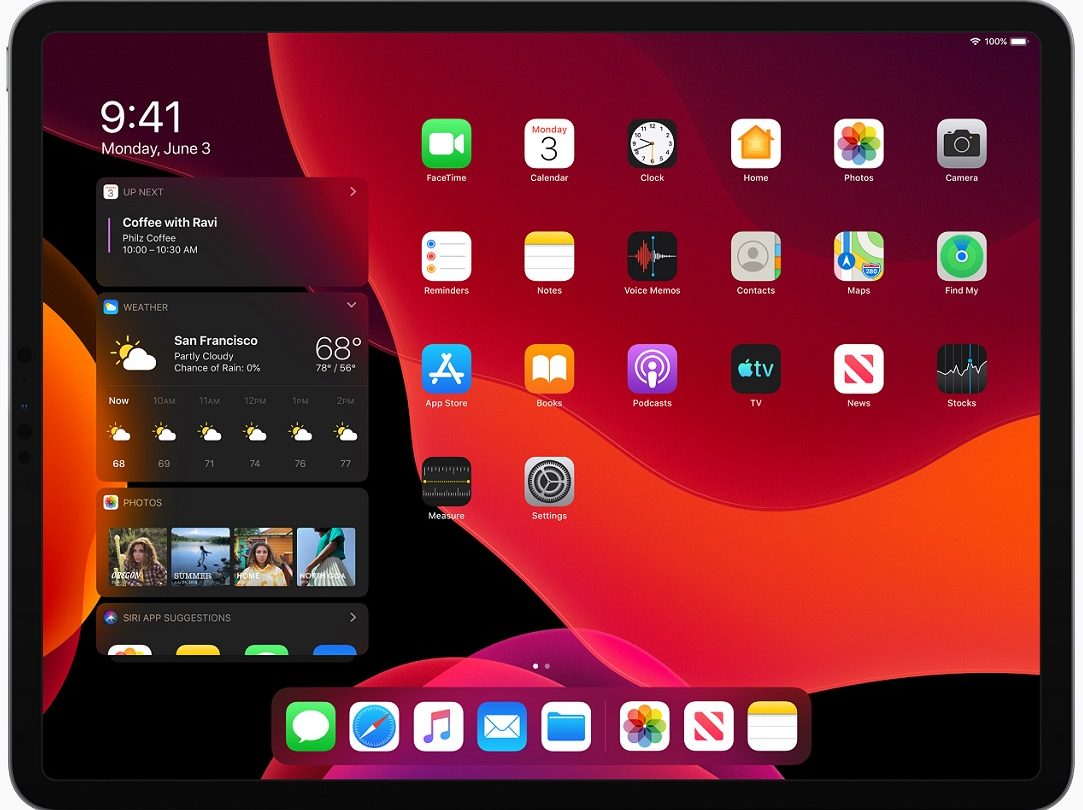 For a few years now, Apple has been insisting that the iPad is a better choice than a traditional laptop, and that might be true for some users. The iPad Pro, as well as the various features that Apple built for the tablet to take advantage of the extra screen real estate, make it a great tool for work — but not a perfect work device.

That is, it wasn’t an ideal laptop replacement until earlier this week when Apple unveiled a bunch of iOS features for iPad that users have been demanding for years now. And iOS for iPad has received so many features that set it apart from iPhone that it got its own operating system name. iPadOS is, of course, iOS 13, plus all the new iPad features. But before you replace your laptop with a new iPadOS machine, you might want to become familiar with all of the new gestures that Apple has introduced in iPadOS 13.

iPadOS 13 is the first software release for iPad that would make me reconsider using the iPad for work rather than just content consumption. It’s not that I couldn’t have done it before, but it’s a lot easier with iPadOS.

With one software release, Apple fixed a bunch of serious annoyances about iOS on iPad. For starters, the iPad can now connect to external storage devices, and has a significantly improved Files app that allows you to do most of what you’d be doing on a Mac when it comes to managing files.

Moreover, the Safari browser now delivers the same desktop experience as on the Mac, making work in WordPress, Google Docs, and other online services a lot more comfortable and similar to what you experience on a PC. Safari on iPadOS also lets you better manage your downloads from the web.

Multitasking has also received an update of its own, with Apple realizing that using apps on a tablet should be a lot closer to the Mac, or Windows, than the iPhone. Now you can run multiple versions of the same app in Split View, and have them working in different spaces on the screen all at once.

On top of all that, there’s even mouse support for the iPad, which is something everyone will appreciate.

But the best part of iPadOS is that it comes with advanced text editing features, and text editing is at the core of whatever work you might need to do on a computer. Whether it’s replying to emails, creating projects, or just entering data into a file, you have to input and edit text all the time. And here come all the new gestures that Apple has devised to help you be more productive while dealing with text.

Here are the gestures you’ll need to learn to take advantage of all the upgrades that come with iPadOS 13:

It’ll take a while to get used to some of these, but the end result should be more efficient text editing. While you’re at it, you should also get to work on memorizing a bunch of new Safari keyboard shortcuts for physical keyboards that should further help with working on iPad:

This last note has nothing to do with iPadOS, but Apple finally made the touchscreen Mac you’ve always wanted. You can mirror the screen of a Catalina Mac to your iPad and use it for work if you want to add touch to your macOS experience. Of course, the downside here is that you need a Mac or MacBook close by to make it work.