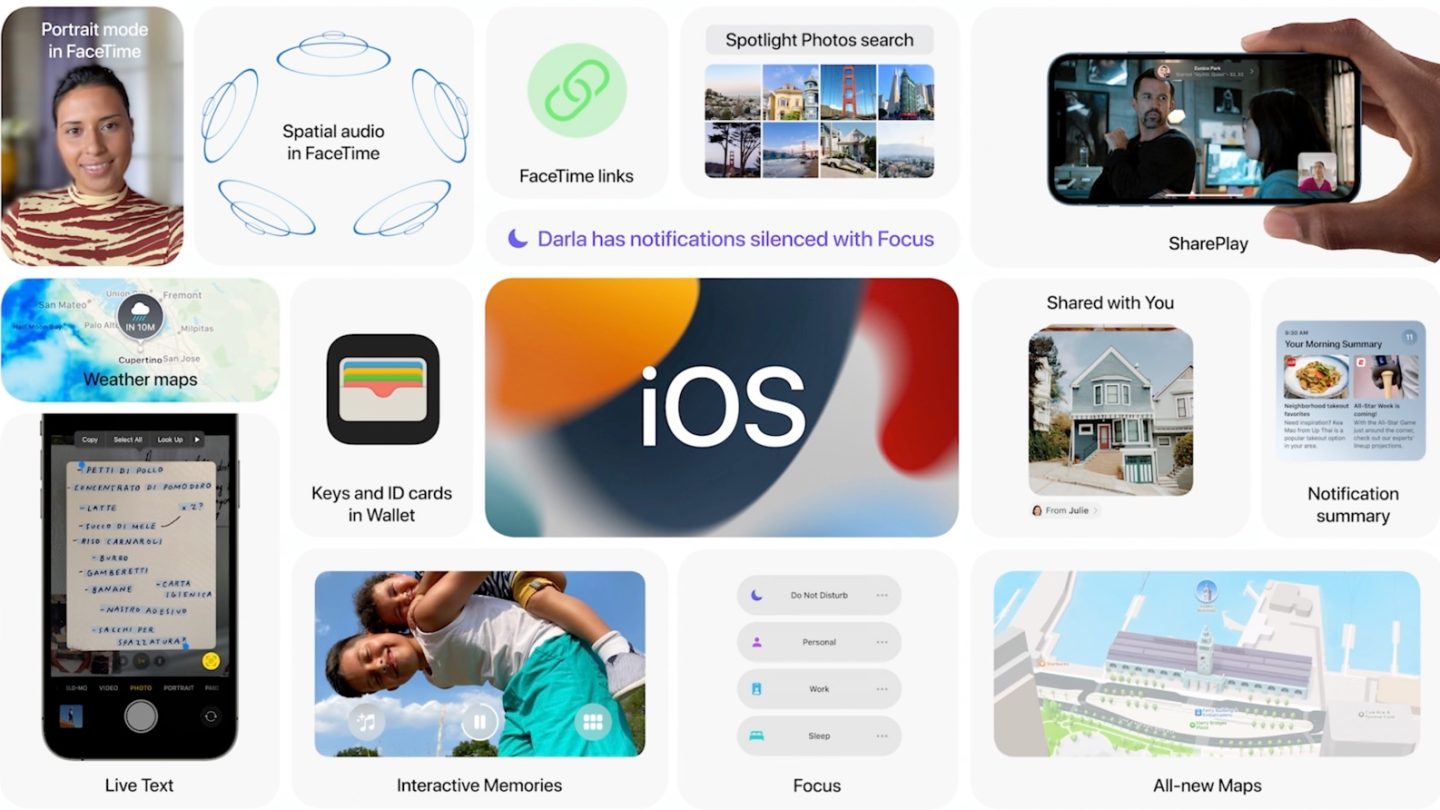 Apple is hosting an all-digital WWDC for the second year in a row, and following a fun video that let iOS developers run wild, the company jumped right into the announcements with the reveal of iOS 15. Craig Federighi, Apple’s senior VP of Software Engineering, took the stage to discuss all the ways that iOS 15 will change the iPhone experience when it launches this fall.

The first of four areas that Federighi discussed was iOS 15’s focus on staying connected.

Video calls are one of many ways that people stay connected with their Apple devices, and in iOS 15, Apple is bringing spatial audio to FaceTime. The voice you are hearing will now sound like it’s coming from the person speaking on screen, so you should be able to more easily focus on the subject during a conversation. Voice isolation will be improved as well, so you should hear far less background noise during calls. There’s also (finally) a grid view for FaceTime calls, and you can also flip your phone and make calls in Portrait mode, which automatically blurs your background. 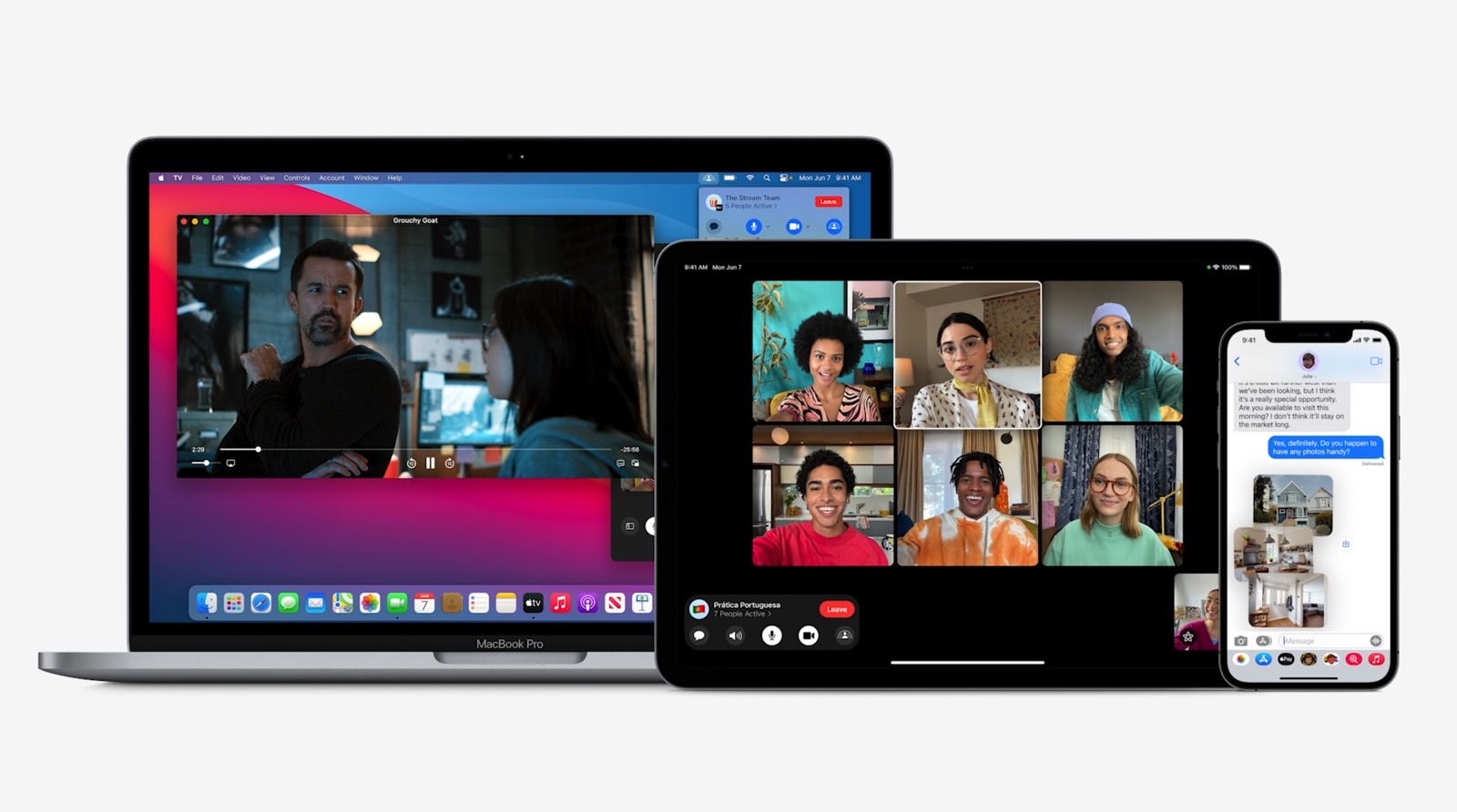 Apple is also making it possible to share a link to invite people to FaceTime calls, which is yet another feature that most competitors have had for years. Additionally, the new SharePlay feature will make it easier to share music, movies, and more during a call. Several major apps have already committed to supporting this feature, including Disney+, Hulu, , and TikTok.

Moving on to Messages, Apple is giving iPhone owners one more reason to use the Apple News app by introducing a new ‘Shared with You’ section, which is where all of the articles that have been sent to you in the Messages app are saved. There will also be ‘Shared with You’ sections in the Music and Photos apps, so you can always keep track of what your contacts send you. 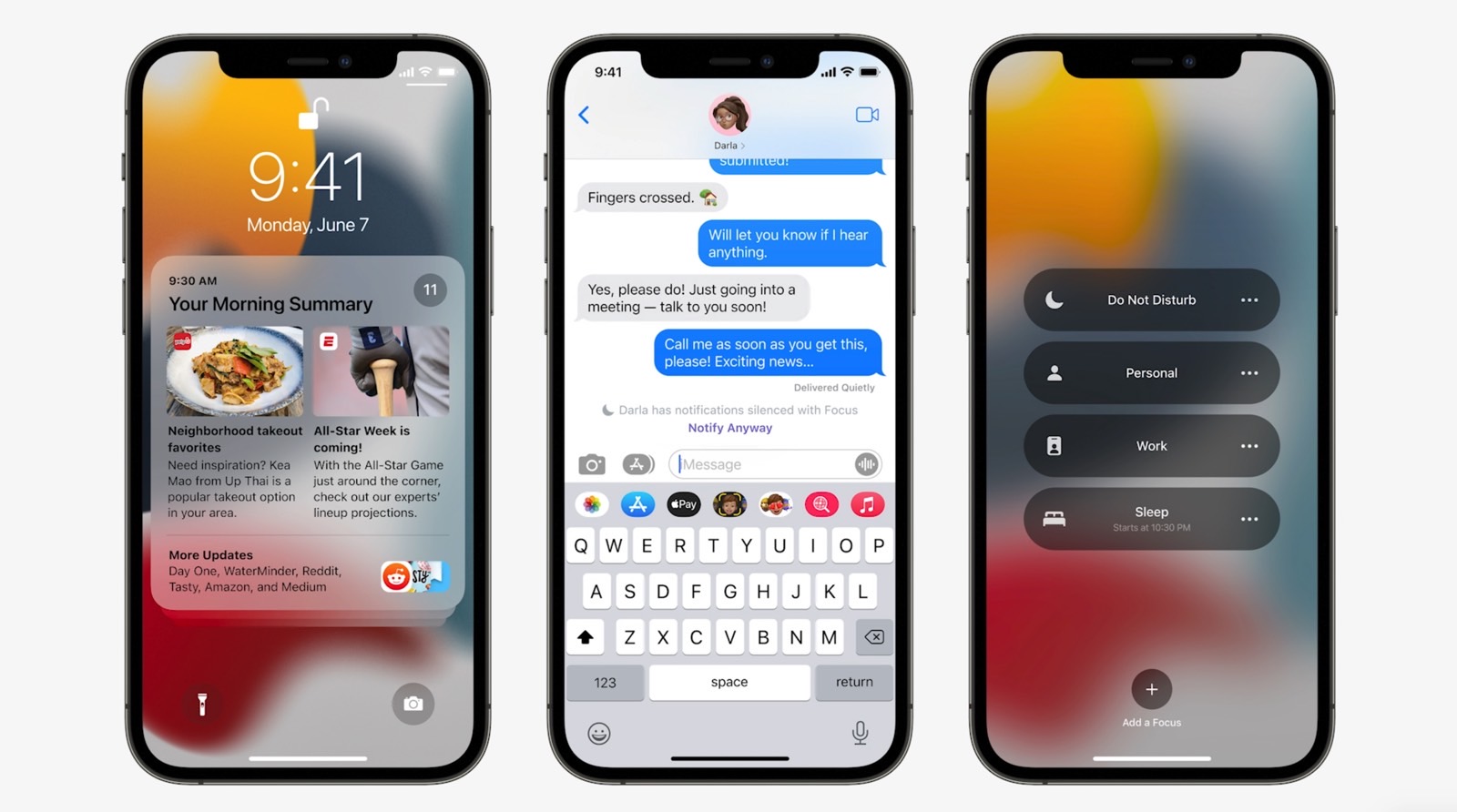 Notifications are getting an overhaul as well, with a fresh new look that includes larger icons. There is also a new notification summary feature that will collect all of the notifications you missed since the last time you checked your phone into a convenient stack.

Focus is a new feature on iOS 15 that allows users to set up separate modes for work, home, weekend, or anything else that they see fit. Focus lets you choose which apps you want to see notifications from depending on where you are or what time it is, and also includes a Do Not Disturb mode that actually tells your contacts on iMessage that you currently have notifications silenced with Focus.

Live Text is another feature that will debut on iOS 15, giving the camera the ability to recognize text that can be selected, copied, and pasted across the device. This will work with photos that are already on your phone and images you download from the internet. Live Text supports seven languages. The camera will be able to recognize objects and scenes as well, similar to Google Lens.

Other improvements in iOS 15 include a Memory Mixes feature in Photos that lets you edit Memories yourself, UWB keys in the Wallet app, Digital ID (which will be supported by the TSA), a new design for the Weather app, and a radical redesign for Maps with a significantly enhanced navigation view that shows more road details, elevation changes, and 3D landmarks.

iOS 15 won’t be available until later this year, but the first beta should roll out later today. We will be sure to let you know as soon as the first beta release for iOS 15 goes live.