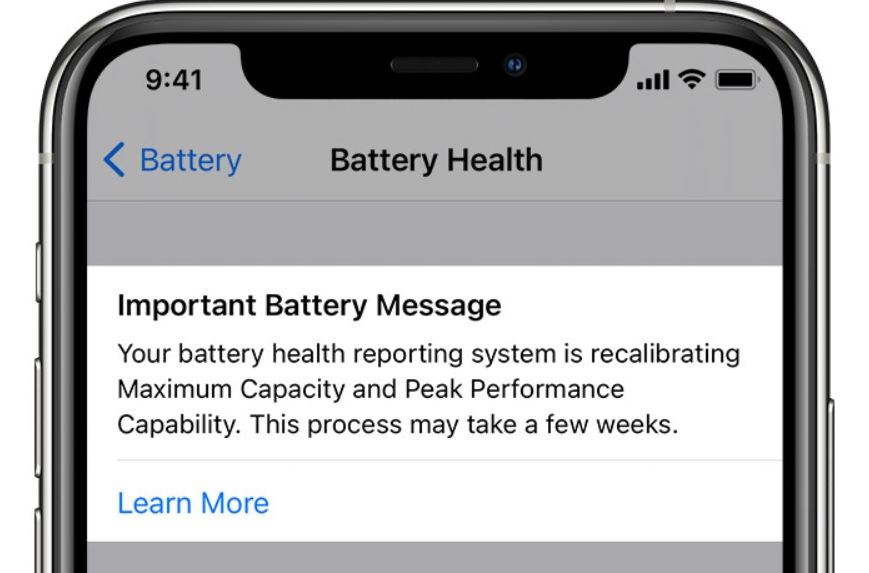 During the iOS 14.5 beta release cycle, there have been several reasons to install the unfinished software on to your iPhone, from the “Unlock with Apple Watch” feature to support for PS5’s DualSense and Xbox Series X controllers to new emoji characters, but the latest addition might just be the best of the entire update.

Shortly after iOS 14.5 beta 6 rolled out Wednesday, 9to5Mac spotted references to a new calibration tool in the code of the update. The code included a URL, and after visiting the link, 9to5Mac discovered that a new support page has already gone live on Apple’s website explaining a previously unannounced feature of iOS 14.5.

Here’s how Apple describes the recalibration of the battery health reporting system coming in iOS 14.5:

Apple claims the current battery health readings for some iPhone 11 users are inaccurate, but after installing the next update, the reading should reflect reality. While the battery health reporting system recalibration is taking place, you’ll see one of the following messages if you go to Settings > Battery > Battery Health:

If the recalibration process is successful, the message will be removed and the maximum capacity percentage of your iPhone will be updated. If the recalibration fails, as the third message above suggests, your battery may be degraded, and an Apple Authorized Service Provider will replace it free of charge.

“Because current battery health reporting might be inaccurate, we advise waiting until the recalibration process completes to contact an Apple Authorized Service Provider,” Apple explains on the support page. “If your device is covered by warranty, AppleCare+, or consumer law, service coverage for a battery with this issue will be temporarily extended to cover your recalibration period. If you previously paid to service an out-of-warranty battery after seeing a battery health degraded message or experiencing unexpected battery behavior, contact AppleCare.”