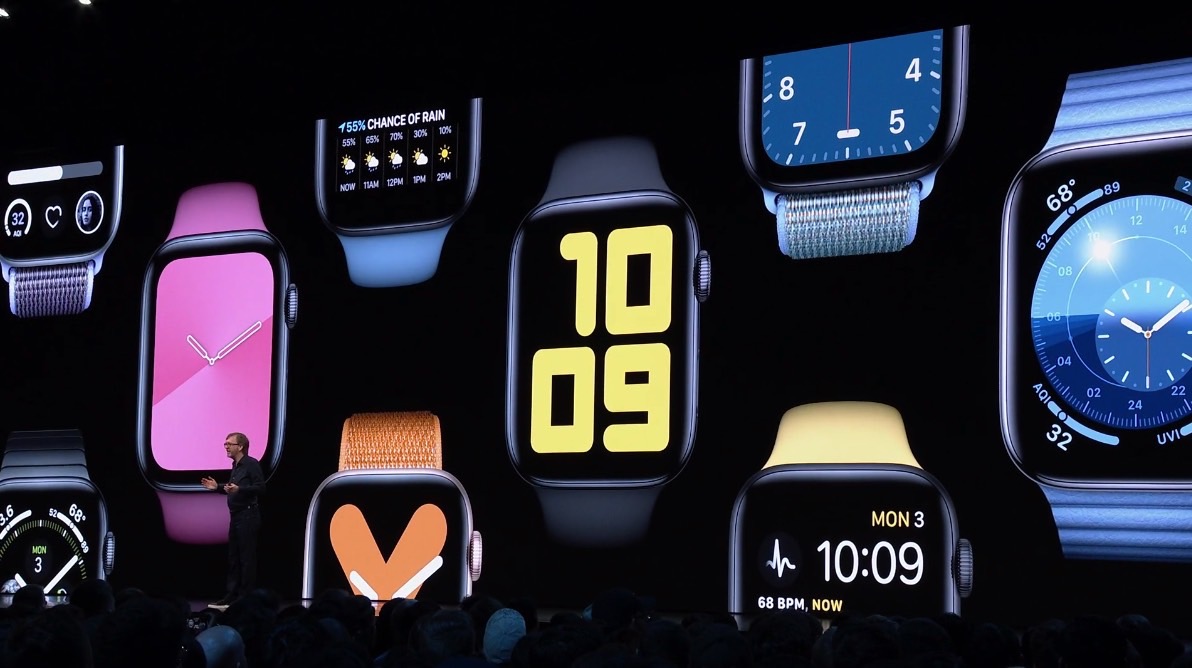 We’re just a few minutes in to Apple’s WWDC 2019 keynote, and we’ve already been introduced to the latest version of tvOS. Up next, the Cupertino company gave us our first look at watchOS 6. Apple started off by showcasing some of its latest watch faces, including a gradient face, a new digital face, and a solar face. It is also now possible to have your Apple Watch play audio chimes, like bird noises, at every hour on the hour.

But then we got the big news: the App Store is coming to watchOS. You can now install apps directly on your Apple Watch which will run independently – without the need for a companion app on your iPhone. Some of the new apps include Audio Books, Voice Memos, and a calculator. Wrapping up the apps section, Apple announced a streaming audio API and an extended runtime API (but Spotify was nowhere to be seen).

Moving on to health, Apple revealed a new feature called Trends which will show you your activity over time instead of the classic monthly view that you’re used to seeing. It will show you how long you stand per day, how much exercise you’re getting per day on average, and gives you suggestions on how to improve those averages.

Apple also debuted a feature called hearing health during the keynote, which is basically a dB meter that tells you if you are being exposed to noise that could damage your hearing. Apple says that none of the audio is ever recorded or saved — this is just another way to keep users alert in regards to their surroundings.

Cycle Tracking is another new feature of watchOS 6, giving women the ability to monitor their health and be notified about potential upcoming fertile windows. This is also coming to the Health app on iOS, so even if you don’t have an Apple Watch, you can still take advantage of it in the coming months.

These are just some of the most noteworthy additions in watchOS 6, but you can see a bunch of the dozens of other features and upgrades in the list above, such as spoken navigation in Maps, For You in Apple Music, and the option to reorder the faces on your watch. As you can tell, this is a big update for watchOS.

A developer preview of watchOS 6 is coming to the Apple Developer Program at developer.apple.com starting today. The free software update will then be available to all Apple Watch Series 1 and later devices this fall.