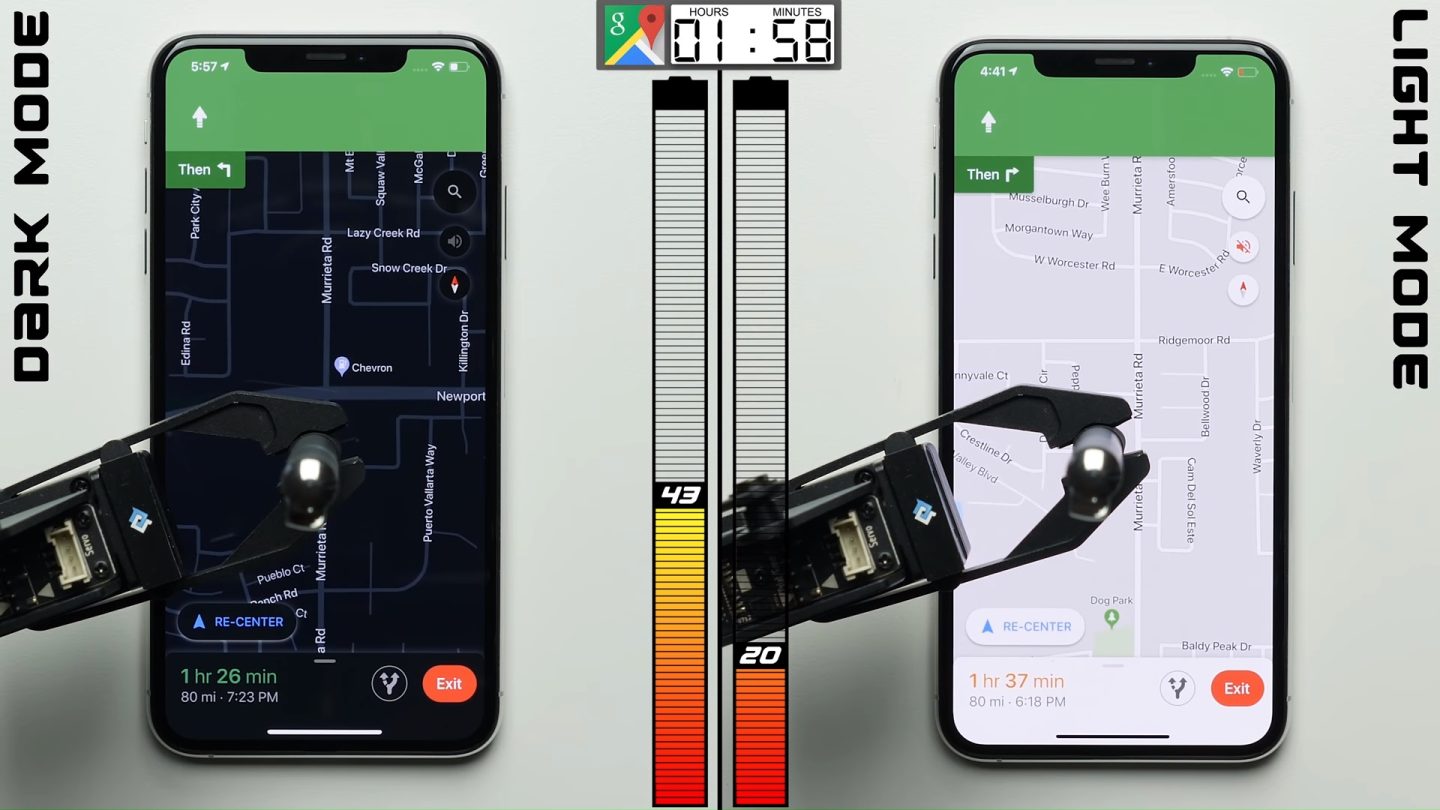 One of the signature features of iOS 13 is Dark Mode, and as a major proponent of dark modes, I have thoroughly enjoyed being able to dim most of the apps on my phone after the sun sets. But it turns out that Dark Mode is more than just a visual upgrade — it could also extend the battery life of your iPhone substantially.

In order to prove this, YouTuber PhoneBuff performed an experiment with the iPhone XS Max to see whether or not turning on Dark Mode would actually have a noticeable impact on battery life, especially on an iPhone with an OLED display, where every pixel is powered on its own and black pixels are inactive.

In order to conduct the experiment, PhoneBuff had two robotic arms opening a series of apps on two iPhone XS Max models at the exact same time — one in Dark Mode, the other in Light Mode. Every app that was opened during the test supports the system-wide Dark Mode, and the results were rather definitive:

When the Light Mode iPhone XS Max died after 7 hours and 33 minutes, the Dark Mode iPhone was still rolling along at 30% battery. It’s worth noting both phones had their displays set to 200 nits brightness during the test, which is a bit brighter than your phone will likely be in a standard indoor setting, so expect slightly less drastic results in day-to-day use. Furthermore, not all apps support Dark Mode, so you won’t always benefit from the new feature when using unsupported apps. And finally, no iPhones with LCD displays were tested.

All of that aside, it’s abundantly clear that Dark Mode will extend the battery life of an OLED iPhone. Just how much depends on a variety of factors, but if you don’t mind the look, it’s worth turning Dark Mode on.