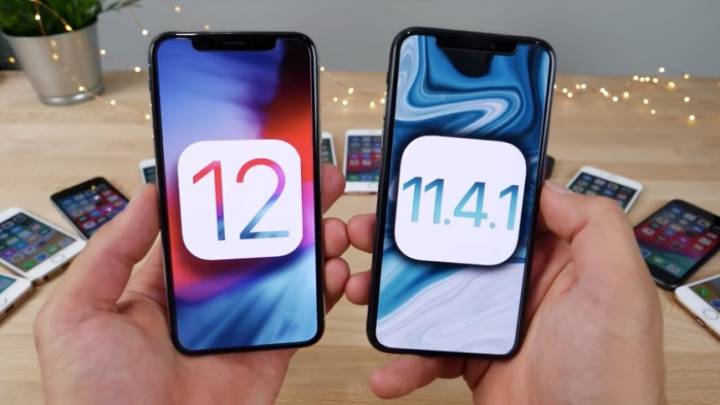 We’ve been telling you that iOS 12 is a lot faster than iOS 11 from the first days of iOS 12 beta 1. Apple promised at WWDC that iOS 12’s primary focus is performance, and that showed from the first developer release. Now that the final iOS 12 build is available for everyone to download, old iPhones users may wonder whether they should upgrade their phones or wait. The answer is definitely yes. iOS 12 is a lot better than iOS 11, and the following speed test proves it.

YouTube channel EverythingApplePro, which performs such speed tests on a regular basis, compared iOS 12 against iOS 11.4.1 on all the iPhones that support the new iOS release — that’s iPhone 5s to iPhone X.

As you’ll see in the video at the end of this post, whether its boot times, benchmarks, animations, apps loading (camera and keyboard included), or using Touch ID/Face ID, iOS 12 is noticeably faster in most cases. Even battery life is slightly better on iOS 12, the video explains, although it doesn’t provide any numbers to back up the claim.

We already saw similar speed tests from other sources, including actual users, that reached the same conclusion. iOS 12 delivers a performance boost to all iOS devices, older models included.

If you own a relatively new iOS device, the speed gains are still noticeable but don’t matter as much as they do with older iPhones and iPads. In previous years, we’ve often witnessed issues with older gadgets running Apple’s latest iOS release, and we’d often advise you to downgrade to the previous iOS version or wait until Apple patches up various bugs.

But with iOS 12 that’s no longer the case. You could have easily run the public beta version of iOS 12 on an old iPhone or iPad. And Apple will further improve it as it gets closer to the first major iOS 12 update, iOS 12.1, which is already available in beta.