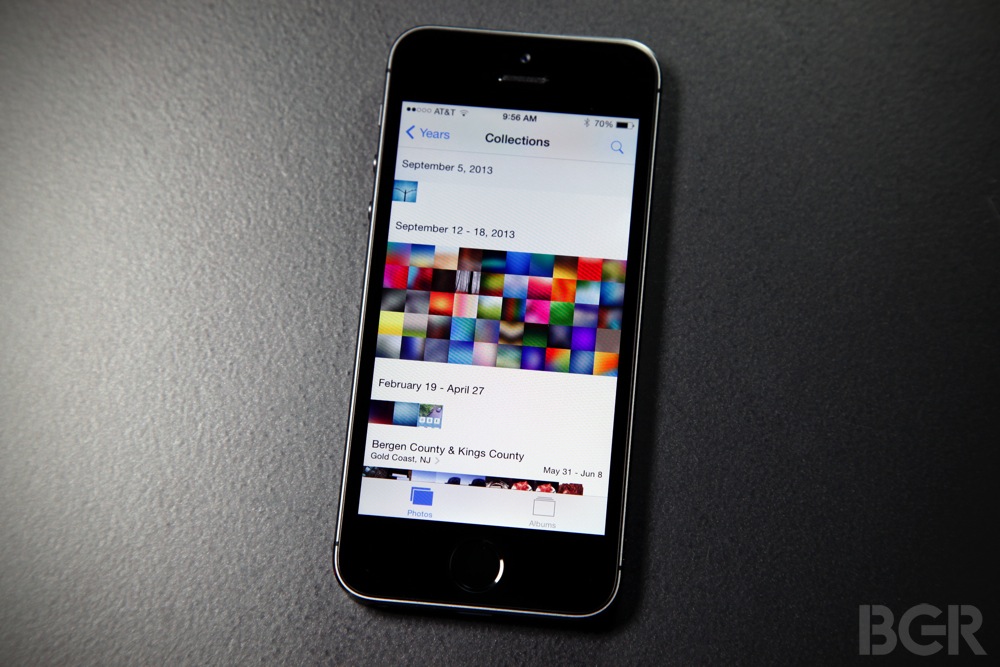 When Apple announced iOS 12 at its developer conference earlier this month, there was an unusual lack of new features to show off. This year, we aren’t getting many fancily redesigned apps, new lock screens, or any of the major visual changes that iOS updates normally bring. Instead, Apple is pushing one feature above all else: Performance.

iOS 12 is supposed to be notably faster than previous versions of iOS, and not just on the iPhone X and iPhone 8. Apple is supporting iPhones all the way back to 2013’s iPhone 5S, and it promises that for once, the new software will actually speed things up.

To put the test to the claim, CNET restored two iPhone 5S devices back to factory settings, then loaded up the latest build of iOS 11.4 on one, and the public beta of iOS 12 on the other. Then, the site ran both phones through a non-scientific set of everyday actions and gestures to see whether there’s any significant performance improvements.

You can (and should) watch the video for yourself, but the conclusion seems to be simple: iOS 12 brings modest but very notable improvements to some of the simplest actions on an iPhone. Dumb things, like how long it takes the system to bring up the keyboard when tapping into the text field of iMessages, are a full second faster in iOS 12 than iOS 11.4. Loading websites appears to be faster, and even Siri has some small speed improvements.

Most of the big performance enhancements are related to core system tasks, like pulling up the keyboard, opening the share screen, or rendering web pages. More specific apps like Maps don’t appear to have any significant changes.

Running the tests on factory-reset phones, while more scientific, might have masked the biggest benefit of iOS 12: improving performance in sub-optimal conditions. Apple stressed during WWDC that iOS 12 better handled tasks when the system is already under load, for example if a FaceTime call is running in the background, or you have navigation open and you’re trying to load up other apps as well. Since both devices were wiped to factory settings, you can assume that fewer things were happening in the background than on someone’s daily driver.

There’s also the fact that this is still an early beta build of iOS 12. Historically, betas get much faster and more stable as the summer goes on, culminating in a version of iOS launching in September that’s much more stable than the one we see in June. If the trend pays out, the performance improvements that CNET found will be the absolute minimum.

If you’re on iOS 11.4 already, you can try out the iOS 12 beta for free by following the instructions here.