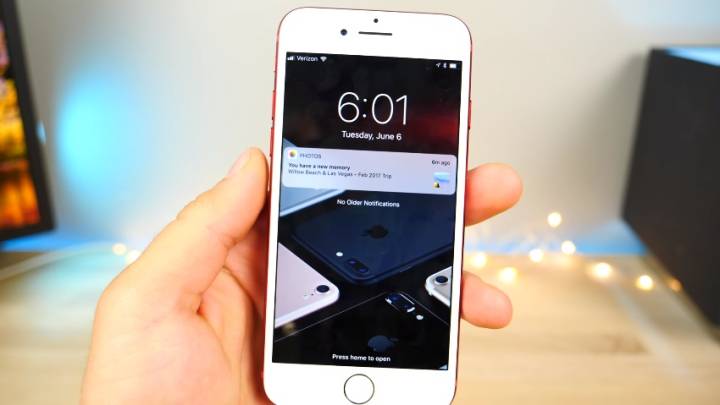 iOS 11 is one of the most significant iPhone and iPad software updates in years, and Apple can’t wait to finally launch it. Currently available as a beta version for all supported iOS devices, iOS 11 will be unleashed to the public shortly after Apple’s September 12th iPhone event. But Apple may have already started to spam your iOS 10 device with news about iOS 11’s imminent arrival.

I’ve been on iOS 11 ever since Apple launched the first beta, so I’m not going to see any of these Tips app notifications hit my iPhone. But 9to5Mac says the company already started promoting iOS 11 as of Wednesday.

Expect to see tips like “Learn about the new Control Centre coming in iOS 11,” hit your iPhone, iPod, and iPod touch (if you haven’t already). Tapping on it lets you preview the advertised features, including Control Center, Do Not Disturb While Driving, the Files app, and others that will be available in the update.

Truth be told, some of these features are definitely exciting, and deserve extra attention, as they might change the way you use your device. The Control Center is getting a major makeover, and it’s finally user-customizable, something we’ve wanted for years. If you’re an iPad user, then you’re certainly going to appreciate iOS 11 even more, as it contains a large number of new features that let iOS take advantage of the bigger screen.

On the other hand, as cool as iOS 11 may be, I wouldn’t blame you if you didn’t want to see the Tips app spamming your screen. To avoid the messages, simply go to the Settings app, then to Notifications, and turn off notifications from the app.

Apple will unveil this year’s new iPhones on September 12th, and it’ll likely demo all the iPhone 8-specific iOS 11 features next week. The final iOS 11 version should be available by September 20th.