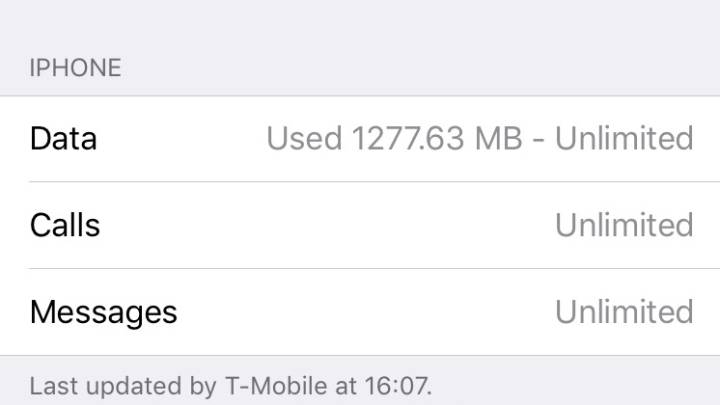 We’ve already torn through all the big changes that are coming in iOS 11, but it looks like Apple has more in store for us than it first revealed. New versions of the beta have already thrown up new features, and beta 3 on Monday was no different.

In the update, Apple quietly introduced a new page of carrier options in the main Settings app. Normally, you don’t get much information from your carrier natively within the phone — you have to go to your account in your carrier’s app or on their website to get information like how much data you’ve used.

But in the latest version of the iOS 11 beta, if you go to Settings–>Cellular, there’s a whole set of options listed under T-Mobile (assuming that’s your carrier). Options for Wi-Fi Calling, calls on other devices, Personal Hotspot, and a new Usage section have been added.

Go into Usage, and you get told how many calls, data and texts you’ve used out of your allowance, and when the billing cycle resets.

Although iOS already had a way to track how much cellular data has been used by one particular device, it’s way more useful to be able to see your carrier’s statistics and how much data you’ve used in any one particular month.

The feature only seems to work for T-Mobile customers right now, although hopefully developers from other major carriers are working with Apple to get the feature integrated.