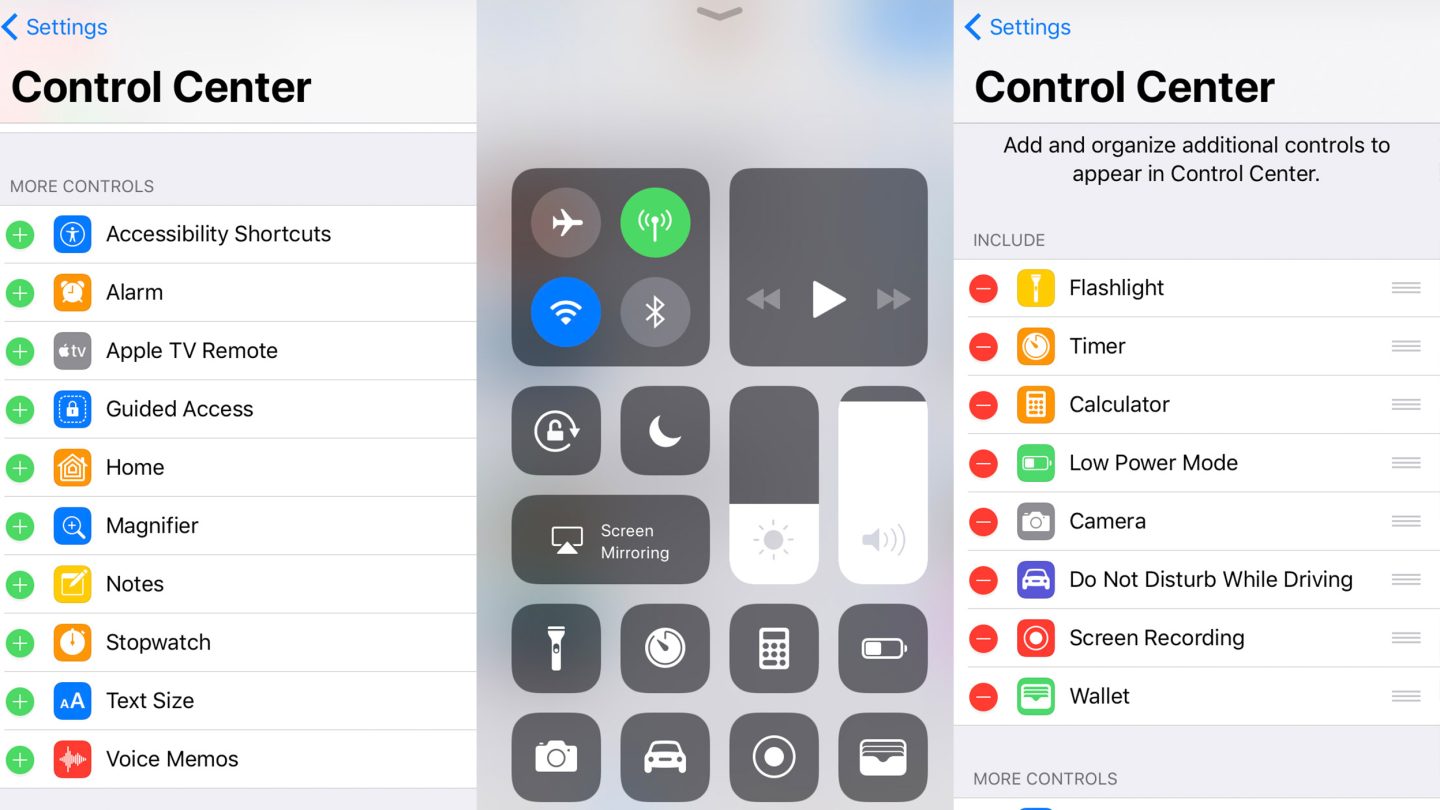 The third version of the iOS 11 beta has now rolled out to developers (and keen tinkerers) worldwide, and as per usual, the update was worth the wait. Apple has been cleaning up bugs and adding new features with a passion, and we’ve dived into it to get all the details.

The biggest haul of new features has come to the Control Center, which itself is significantly changed from iOS 10. The new iOS 11 Control Center is consolidated into one tab, rather than the three we’ve previously been used to. The consolidation meant shrinking most of the toggles, which initially lost some functionality.

Apple is enhancing the usefulness of the toggles in iOS 11’s Control Center with new menus, primarily accessed through 3D Touch. Force-touch on the Wi-Fi button, for example, and you get an expanded networking menu with the name of your current Wi-Fi network and a toggle to directly turn Personal Hotspot on.

You get a similar behaviour when you force-touch the camera icon, which gives you options to take a selfie, record a slo-mo, or go the the regular camera app. Those menus are built into most every button in the Control Center, with the exception of some new features like Do Not Disturb while Driving.

The Compass app has seen a small improvement to make more of your phone’s built-in sensors. There’s a small crosshair inside the compass dial that shows you how your phone is sitting relative to completely flat. It should help make the compass more usable and accurate, and also makes using your phone as a makeshift level that little bit better.

You can view the full changelog with all the new features and bugfixes on the Apple Developer Center, or here if you don’t have an account.