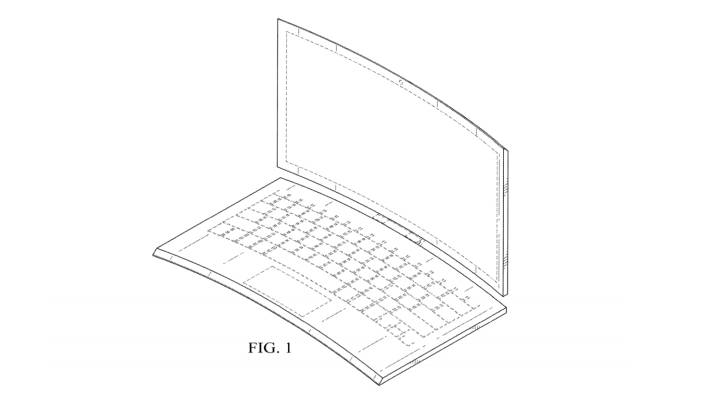 Look, I know that the majority of patents that companies file for are just busy work for the legal department and a way of making the R&D intern feel good about their summer project. But patenting an idea does mean that you think it’s worth protecting, and I really can’t say that’s true about Intel’s curved laptop concept.

The patent, which was filed for in 2015 and uncovered by The Leaker, shows a laptop with a curved screen and curved base. This makes sense, insofar as TVs and phones have recently started to have curved displays, and someone at Intel thought there’s probably some marketing mileage in bringing that over to laptops.

But when you start to actually look at the design, you can see that this is objectively the worst thing to come out of a design studio since two Samsung engineers sat down and thought “hey, maybe we should make this battery thinner.” The curved base is obviously necessary to accommodate the curved screen, but I imagine typing on it would be hellacious and it won’t exactly sit nicely on a table. Also, imagine trying to fit this in a backpack that’s been designed to take a nice, normal, flat laptop.

Then there’s the curved screen itself. Curved gaming monitors make a tiny amount of sense, because you’re normally the only one using them, sitting in a dark room far away from the rest of the human race. But for almost all other applications, they suck. Consider The Verge‘s recent review of a Samsung TV with a curved screen, “which means that it picks up and seemingly magnifies every glimmer of light in the room.” This is true of almost any curved display, and means that you’ll never be able to have two people simultaneously viewing your laptop screen, ever.

In conclusion: a curved laptop would be bad in every possible way. The only redeeming feature of this patent is that it is not yet reality, which means there’s time for Intel to kill the idea with fire and never speak of it again.