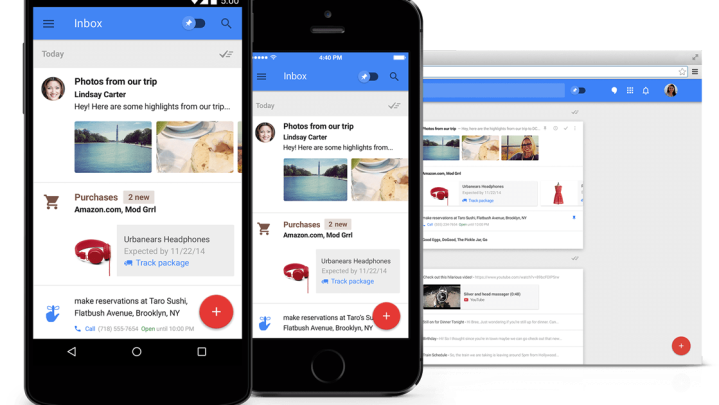 When you spend all morning responding to emails, there’s nothing more devastating than coming back from lunch to find another 27 messages that require your immediate attention. Email is a truly soul-crushing element of our everyday lives, but on Tuesday, Google eased the pain ever so slightly by bringing its Smart Reply feature to its innovative Inbox by Gmail app on the web.

Smart Reply, which has been around on the iOS and Android version of Inbox since November, gives the app the ability to craft an automatic response for an email based on the content of the message within. Once Inbox “reads” the email, it will provide the user with three potential replies, which can be selected and sent with just two clicks.

Not only will the feature give you multiple options to choose from, but it will also learn which response you prefer as time goes on. So, for example, if you never click “Sounds great! Send it right over!” then that reply will eventually be eliminated and replaced with something you might actually want to send.

Google says that as of last month, 10% of all replies on Inbox are already being made with Smart Reply, so it only made sense that the feature would make its way to the web eventually.