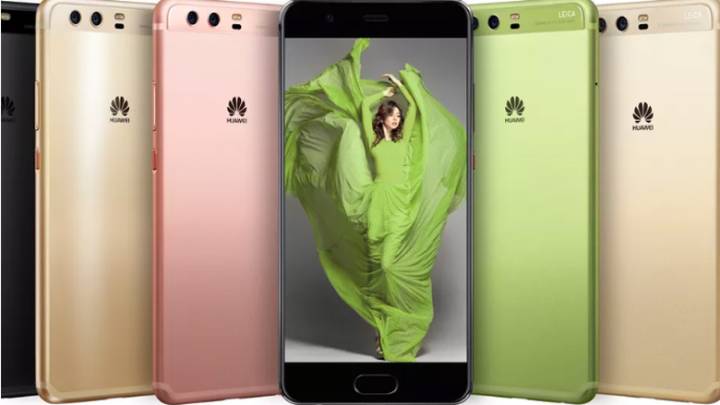 This morning’s unveiling of the LG G6 was a great way to kick off MWC 2017 if you were looking for excitement, but there is one big problem with LG going first on press day in Barcelona: it’s all down hill from here. The LG G6 is a gorgeous new flagship smartphone that will be in a league of its own once it hits store shelves next month, and you can read all about it in our LG G6 hands-on preview. Samsung’s Galaxy S8 and Galaxy S8+ weren’t ready in time for Mobile World Congress this year, so LG’s biggest rival is a no-show as far as smartphones go. In fact, the only company to announce flagship phones that might be able to give the G6 a run for its money was Huawei, which just took the wraps off the brand new P10 and P10 Plus.

The Huawei P9 was once of the hottest flagship Android phones of the year in 2016, but if you’re in the United States the odds are quite good that you’ve never even seen one in person. Let’s hope that changes with the next-generation Huawei P10 and Huawei P10 Plus smartphones, because they’re beyond impressive.

Huawei’s new flagship phones are made entirely of glass and metal. They look like a cross between Apple’s iPhone 7 and iPhone 5 — the P10 and P10 Plus designs aren’t exactly original, but if there are any phones a vendor should take inspiration from when designing a flagship device, those are two outstanding choices.

The Huawei P10 features a 5.1-inch 1080p display and Huawei’s own Kirin 960 processor, which has proven to be quite powerful according to leaked early benchmark tests. The phone includes 4GB of RAM, 64GB of internal storage and microSDXC support, as well as a large 3,200 mAh battery. The handset also sports a Leica-branded dual-lens rear camera setup that marries a 20-megapixel monochrome sensor with a 12-megapixel main sensor. And yes, Huawei has aped the Portrait Mode feature from Apple’s iPhone 7 Plus to create a bokeh effect on portraits that’s similar to what you would get from a DSLR.

Huawei’s larger P10 Plus features many of the same specs as the smaller model, but it includes a 5.5-inch WQHD display, a bigger 3,750 mAh battery, 6GB of RAM, 128GB of internal storage, and the rear cameras have a wider f/1.8 aperture compared to the f/2.2 aperture on the P10.

The Huawei P10 and P10 Plus will be released in March in several markets including Europe, Malaysia, Mexico, Australia and more, and they’ll be available in a number of sleek and unique colors. The P10 will be priced at €649 (about $685) and the larger P10 Plus will cost just €50 more at €699 euros (about $738). Unfortunately, there’s no word from Huawei regarding US availability.