The Galaxy S10 is already one of the most anticipated phones of 2019, considering what we’re seeing in leaks these days. The phone should have a bigger Infinity Display than its predecessors, an in-display fingerprint sensor like no other phone including the iPhone, and up to five cameras, including three on the back and two on the front.

However, you can forget all about Samsung’s phone for the time being, because one of its biggest rivals is about to come out with a phone that might offer Galaxy S10-grade specs this year.

Samsung may be focusing all its obnoxious ads on the iPhone X right now, but Huawei might be an even more dangerous enemy for Samsung than Apple. The Chinese smartphone maker already topped Apple when it comes to smartphone sales last quarter, and it’s no secret that it’ll want to displace Samsung from that top spot in the near future.

As Samsung prepares to launch its second “boring” phone of the year, the Galaxy Note 9, Huawei is supposedly working on the Huawei Mate 20, the successor of last year’s Mate 10 flagship (seen above).

The Mate 20 might hit various markets long before the Galaxy S10 launches, and xda-developers obtained more information about the handset from a leaked Mate 20 firmware found by FunkyHuawei.club.

The Mate 20 series will come in three versions, including Lite, regular, and Pro, which would be in line with Huawei’s strategy for the P20 phone that launched earlier this year.

The top Mate 20 pro models will pack substantial OLED displays, with 6.9-inch being the rumored size for the Pro model. It’s worth noting that Huawei’s Honor brand just launched the Note 10, a phone packing a huge 6.95-inch screen. The firmware shows that the Mate 20 screen will measure at least 6.3-inch diagonally. Will there be a notch? We have no idea, but it’s likely Huawei will stick with notch designs for a while longer. The Galaxy S10, meanwhile, will have a much bigger Infinity Display, but it won’t have a notch.

It’s unclear whether the Mate 20 will have a notch, but it won’t have a physical phone button, at least the more expensive version. The phone will pack an in-display fingerprint sensor, the report notes, although it’s unclear if it’s an optical or ultrasonic sensor. Samsung is reportedly going to use ultrasonic tech inside next year’s Galaxy S10. 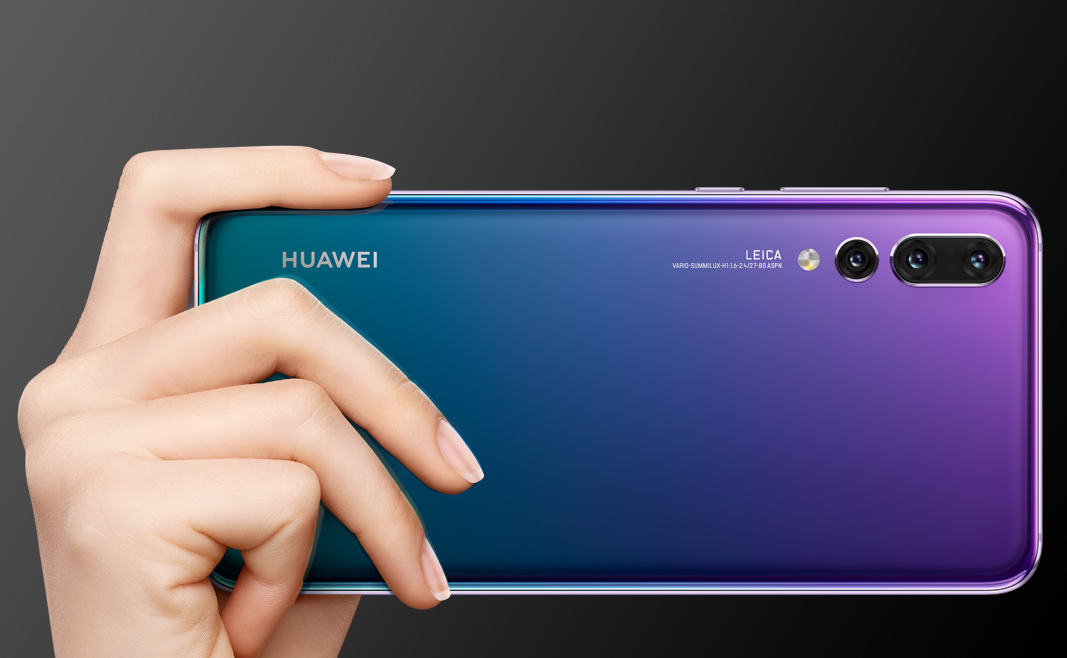 Other rumored Mate 20 specs include the HiSilicon Kirin 980 processor, a successor of the Kirin 970 introduced by last year’s Mate 10. The chip is built on 7nm FinFET tech, which marks a first for the Android ecosystem. It’s unclear at this time whether the S10 will have a 7nm chip, but it’s likely Samsung is also looking to upgrade its flagship phones to the latest chip tech. Apple, A12 chip that will power the 2018 iPhones will surely be a 7nm chip.

The Kirin 980, expected to debut at IFA 2018 in early September, will have a max clock of 2.8GHz, and it’s rumored to deliver 20% better performance while consuming 40% less energy.

The Mate 20 will have at least 6GB of RAM, and the leaked firmware says there’s a 128GB flash storage option.

The phone will have a 4,200 mAh battery that’s even larger than the 4,000 mAh batteries inside this year’s P20 Pro (image above) or Galaxy Note 9 smartphones. Wireless charging is also included, which means the Mate 20 will have a glass sandwich design like all the other phones that support wireless charging.

There aren’t any details about the phone’s cameras, but we’d expect the Mate 20 Pro to feature a triple-lens cam like the P20 Pro. The top of the line Galaxy S10 will also have three cameras on the back.

Finally, the phone already features an EMUI 9.0 user interface built atop of Android P, which is an exciting detail for Android users looking to get on Google’s latest Android version as fast as possible. The Galaxy S10 will likely launch with Android P preloaded.

Given that the Kirin 980 chip isn’t official, and the final Android P version hasn’t been released yet, we’d expect the Mate 20 to hit markets at some point in October, considering that’s what Huawei did with the Mate 10 last year — the Mate 10 then launched in November.

In other words, the Mate 20 will have plenty of time to steal buyers who might be waiting for the Galaxy S10, even if the phone will lack carrier support in the US.