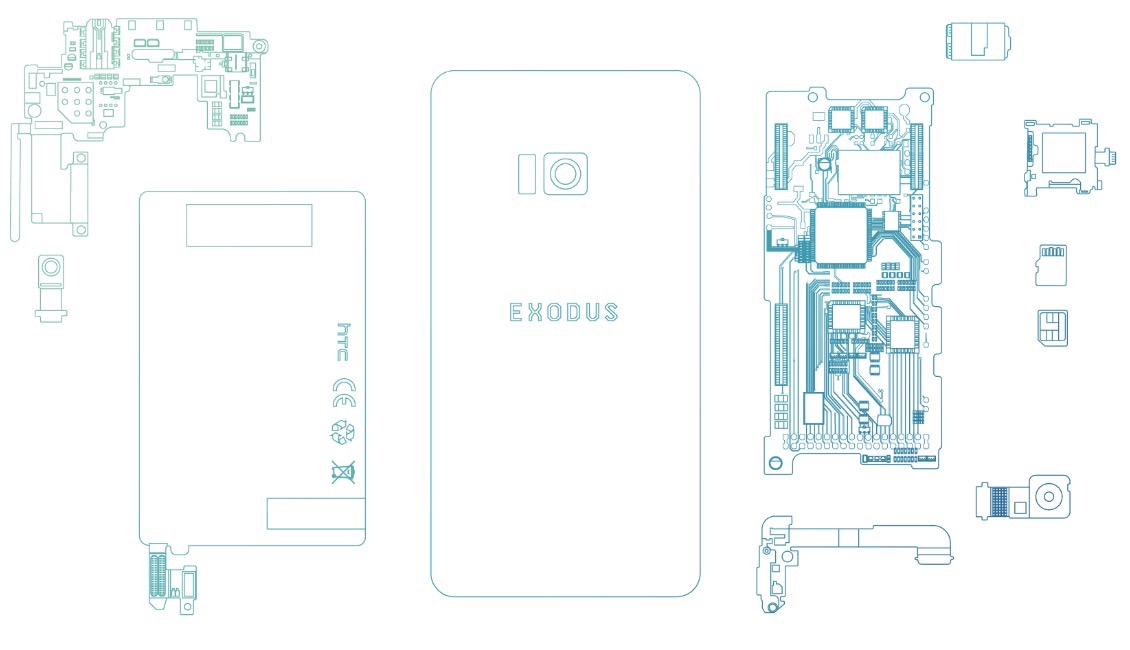 HTC quietly announced a new smartphone initiative in May, a phone like nothing else available on the market. The HTC Exodus, due later this year, is supposed to be HTC’s first crypto handset and the world’s first blockchain phone.

It might also be doomed to fail, much like every phone HTC made to date. That’s not only because of what it proposes but also because it might cost more than the iPhone X versions Apple is about to launch.

The $999 iPhone X proved to be too expensive to meet Apple’s goals, although the phone did very well so far, helping Apple significantly raise the average selling price of the iPhone. Come fall, the three upcoming iPhone X models will be slightly cheaper, with the 2018 5.8-inch iPhone X supposed to cost $899.

The HTC Exodus, meanwhile, will cost around $1,000, according to what Phil Chen told The Verge about it. Well, he did not specify the exact price but did say that the Exodus will cost about as much as a different blockchain phone in town, the Sirin Labs Finney.

The HTC exec happens to be the company’s chief decentralized officer, and that’s not a joke. Instead, it’s a nod to the emerging crypto world, where decentralization is a significant characteristic of the blockchain.

HTC did not reveal many details about the Exodus back in May, other than to say that the blockchain will power it. At the time, that seemed to be a suggestion that the phone won’t run Android. It’s still not clear what operating system we can expect, or what kind of hardware we’re looking at.

From the interview, it appears that HTC is dialing back excitement a bit. In May, the company said that “we envision a phone where you hold your own keys, you own your own identity and data, and your phone is the hub.”

It turns out that kind of handset is a little further in the future. The Exodus, meanwhile, will be a phone with a crypto wallet that’s going to be “the most secure hardware wallet out there.” Mhm.

Also, it’ll come with CryptoKitties preinstalled, which is an Ethereum-based game — hey, if you’re not familiar with it, you probably don’t need crypto handsets. On the other hand, crypto games on phones could teach you a thing or two about the blockchain, and that’s probably why CryptoKitties will be available initially on HTC U12.

HTC does want the Exodus to be able to mine cryptocurrency, to which I say good luck with that. HTC is looking at the matter and might release a white paper this year.

The Exodus does sound exciting, and it’s likely we’ll see crypto phones worth buying down the road. Bitcoin may be a bubble, but the underlying blockchain tech isn’t going anywhere anytime soon.

But HTC doesn’t have a track record that would convince anyone it can pull off a fantastic device that will sell like hotcakes. That’s sad, but true for a company that crafted so many other exciting phones in the past. As a reminder, the company sold a part of its mobile division to Google and fired some 1,500 employees recently. The ones that remained and, for some reason, still want to make phones for HTC, are working on the Exodus.