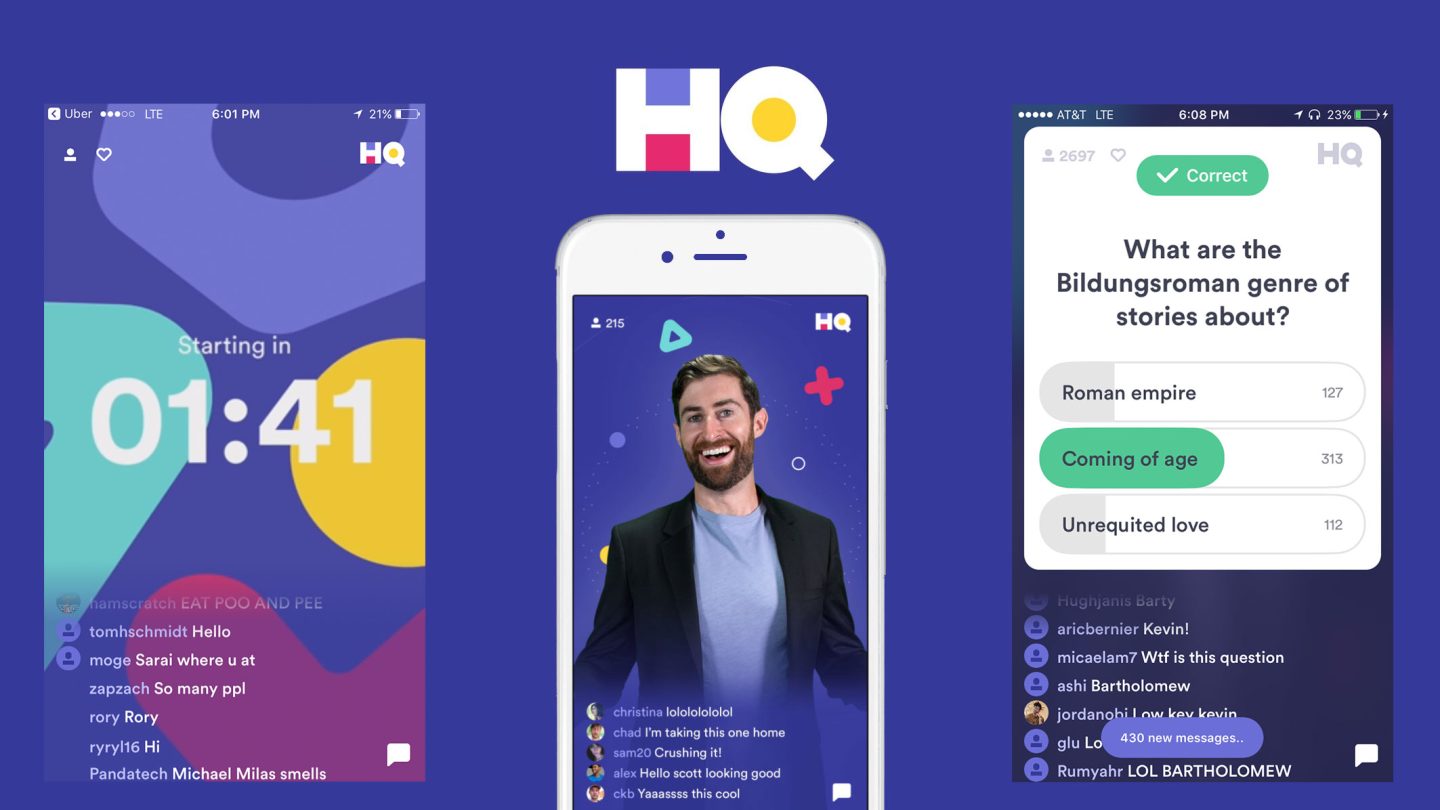 Considering that less than a month ago most Americans weren’t even aware that there was a possibility they would all be stuck in their homes waiting out a deadly pandemic, it is not going to be easy to surprise them. But the unexpected return of a beloved mobile quiz app certainly created some buzz on Sunday night as HQ Trivia returned with a brand new game for the first time since the app suddenly shut down in the middle of February.

HQ Trivia was a viral hit when it launched in 2017, giving everyone who downloaded the app a chance to compete for cash prizes by answering questions on a live quiz show. Much like Pokemon Go, the popularity of the concept peaked and began to fade, but parent company Intermedia Labs Inc. failed to adapt, and the internal issues that the company was facing started to come to light, punctuated by the departure of host Scott Rogowsky.

That tumultuous period ended with the demise of the app, but just over a month later, HQ Trivia is back.

According to a report from The Wall Street Journal, the revival of the app can be attributed to an anonymous investor that gave the company the funding it needed to get the game back up and running. The first game since mid-February featured a $1,000 prize pool. After the game ended, the company also announced that it would be donating $100,000 to World Central Kitchen’s efforts to feed those in need during the pandemic:

Congrats to all of tonight’s winners! We are happy to be back and also proud to donate $100,000 to @chefjoseandres’s @WCKitchen which is helping so many in need during this pandemic.

Shortly after HQ Trivia shut down last month, HQ Trivia co-founder Rus Yusupov explained in a series of tweets that “HQ WILL LIVE ON.” At the time, he said that he had spent the weekend of the app’s last games on the phone finding a willing buyer, and revealed that there would be “a new home for HQ, with a company that wants to keep it running.” That was the last we heard from Yusupov until last night, and it’s unclear if the deal he discussed in those tweets is the same deal that suddenly brought the quiz show back to life on Sunday night.

It’s worth noting that this was not a one-off revival. HQ Trivia is back for now, and anyone who was unable to cash out due to the app’s sudden expiration will be able to do so this week, according to HQ host Matt Richards. Whatever the details are of this arrangement, one more quarantine distraction can’t hurt.