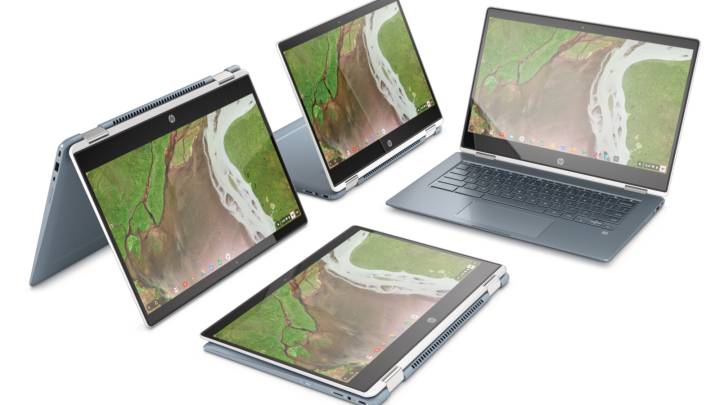 Chromebooks have a reputation for being cheap, low-powered computers that are good for schools and web browsing, and not a lot else. There are a handful of exceptions, but by and large, the best-selling Chromebooks have always been around $300, with the world of higher-priced laptops left for Apple and Microsoft to divvy up.

HP’s new Chromebook x360 14 isn’t the first Chrome OS device to break from that formula, but it could be the most compelling. Although the price is a little on the high side, compared to the Chromebook average, HP more than justifies it with the internals. It comes with 8GB of RAM and an Intel Core i3 or i5 processor, more powerful than the M-series processors found in some premium Chromebooks.

The rest of the specs don’t disappoint either. Convertible laptops are all about the screen, and HP says the display here is a 14-inch FHD IPS micro-edge WLED-backlit (1920 x 1080) panel. The backlight technology has also allowed HP to slim down the bezels, which means this 14-inch screen fits into a body the same size as most 13-inch devices.

Around the edges, there’s also a better-than-average selection of ports, including USB-C and the mroe ubiquitous USB-A, a microSD port, and a headphone port. You’ll be needing that microSD port if you have ambitions of storing anything significant on the x360 14, since it comes with just 64GB of storage.

The laptop starts at $599, with a price jump for the better-specced versions. It’s available for pre-order through HP and Best Buy today, with the full retail release set to come September 21st.