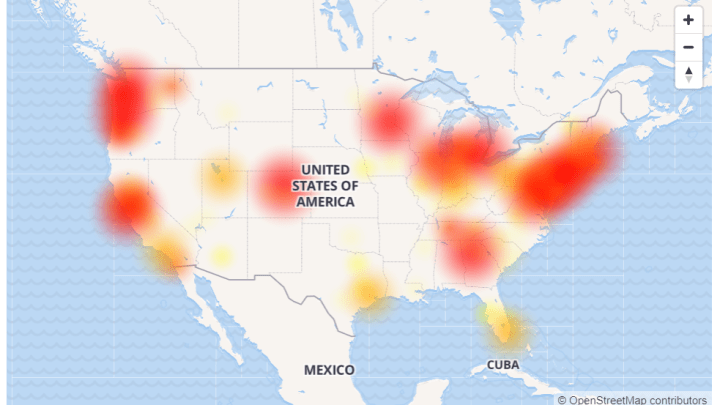 Internet service providers across the US appear to be struggling with connectivity on Monday afternoon. DownDetector, a crowdsourced website that collects reports of service outages, is showing major problems at a number of internet providers across the country right now.

Comcast has confirmed that there is an issue in a tweet, saying that it’s working to restore service. The company has not given any indication of the cause of the problem.

Some customers are having issues with their XFINITY Internet service. We apologize & appreciate your patience while we work to fix.

Judging by the volume of reports, the situation is worst at Comcast. 8,000 users filed reports within 15 minutes around 2PM. Spectrum and other cable companies were also showing problems, but at a vastly smaller scale than Comcast.

There is no geographical center of the outage; reports appear to be evenly distributed across major cities and rural areas. The problem appears to be linked to internet services, not home phone or cable TV. That indicates that the problem is likely something to do with Comcast’s back-end internet services, rather than a disruption of the physical cable infrastructure. Tests run by some affected users show that it’s not a problem with the domain-name server system, which is often the culprit for internet-only service outages.