By FoxNews.com
Updated 7 years ago 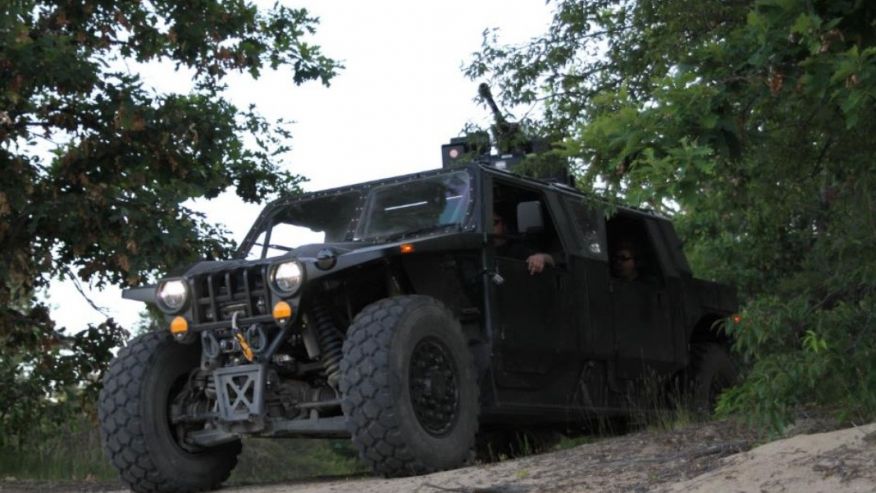 If an ATV and a tank had a baby, it may very well look, and drive, like the Hellhound. This new vehicle can drive fast and furious into enemy battlespace on missions, all while protected with smart armor— and equipped with a laser.

Made by Northrop Grumman, the six-and-a-half ton Hellhound can carry a driver, five passengers— and the aforementioned laser weapon.

While civilian vehicles come with options like a custom paint job or special upholstery, Hellhound has been designed as laser-optional, as military users can opt for an integrated 10-kilowatt solid-state fiber laser.

Hellhound packs an immense amount of power into a compact size. And it needs to do so to power that laser.

A laser this powerful could theoretically defeat enemy UAVs, vehicles, aircraft, rockets, artillery, mortars, and more. Unlike traditional vehicle weapons systems, a team in the laser-equipped Hellhound would never run out of “ammo,” as long as there is power.

This next-gen vehicle generates an astonishing amount of power to save the day in war zones. For example, in humanitarian disasters, if there is a power blackout, the Hellhound can singlehandedly power an entire field hospital so that it can keep on running.  Or, if an enemy attacks the power supply to a command center, the Hellhound can provide the power to keep it going.

The Hellhound can also be ramped up with an EOS Technologies R-400 Remote Weapon Station, an ATK M230LF 30mm cannon, and a swing-arm weapon mount.

The Hellhound is transportable in the Boeing CH-47 Chinook helicopter to unload and then drive straight into the war zone. It is designed to perform in the most rugged of conditions consistent with US Army reconnaissance missions.

Often reconnaissance work can involve rugged terrain and a brush with enemy bullets – both of which are tough on tires. But Hellhound includes a number of smart ways to tackle threats to tires, with tech like the Meritor Central Tire Inflation System that keeps tires at the right pressure and reduces wear and tear. Correct pressure can translate into better fuel economy, and longer mission endurance, without refueling.

Punctured tires? Not a problem. Hellhound will keep on going. Flat wheel tech allows the vehicle to drive out of harm’s way in spite of a flat.

The race to field laser weapons continues to intensify with all the US military branches and many top companies advancing and competing in this space. Making lasers actually work on vehicles like this represents a crucial step in taking laser weapons from science fiction to reality on the battlefield.

Ultimately, lasers could become an optional upgrade for not just military vehicles, but aircraft and ships as well.