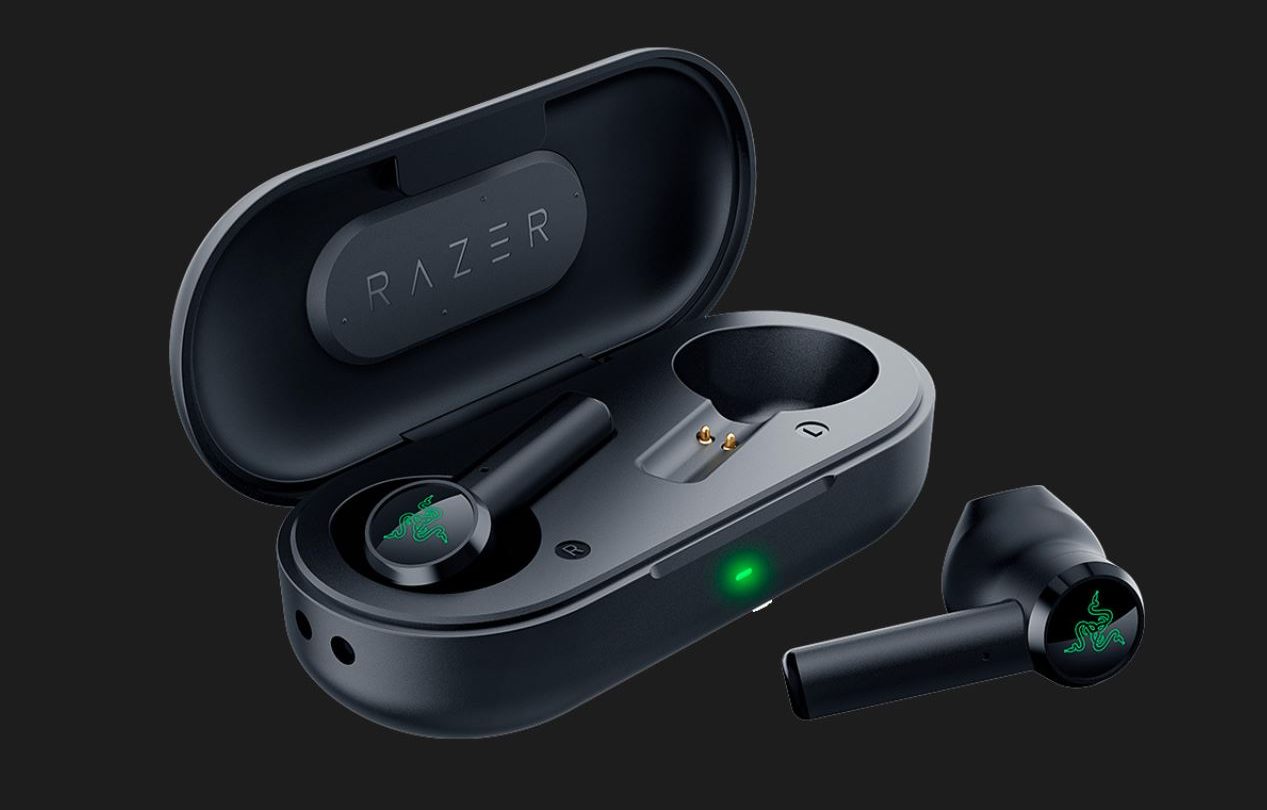 The wireless earbud war has been raging for years now, but Razer is just now throwing its hat into the ring with the Hammerhead True Wireless earbuds. At a pretty reasonable price of $99.99, they’re cheaper than Apple’s AirPods, Google’s Pixel Buds, and even Amazon’s Echo Buds, but that’s only part of the story.

At this point, it’s clear that every major tech company either already has launched an AirPods competitor or soon will. You don’t have to be an Apple fanboy to admit that a lot of these alternatives are lackluster. The issue is that, aside from slight differences in battery life or form factor, very few of them have any defining features.

Razer’s entire business has always revolved around gamers. Wireless earbuds are a mainstream tech product, but Razer found a way to make the Hammerhead True Wireless buds a gaming product, and it’s actually sort of genius.

If you’ve ever played a mobile game with wireless earbuds you might have noticed that latency can be a problem. When you’re listening to music you’d never be able to tell, but when audio has to match what is happening on the screen, it’s easy to tell when that audio is lagging behind the action. Razer’s new buds are designed to rectify that with a special gaming mode that pipes clear audio to your ears with a minimum of delay.

The gaming mode, which is activated by tapping the round touch sensor three times and then holding your finger for two seconds, cuts the audio latency down to just 60ms, according to Razer. I tested it out with a number of mobile games and it works as advertised. The difference between the standard audio mode and the gaming mode was readily apparent, and the audio in gaming mode felt immediate.

I may be more sensitive to this feature than others, as I have a habit of spotting out-of-sync audio whenever it pops up. I’ll spot a half-second delay on the dialogue of a TV commercial immediately, while my wife insists that it looks fine to her. I’m not sure why this is the case, but it’s just how my brain is wired. If you don’t play mobile games (or if you never really noticed a delay in the audio of whatever wireless buds you already use) this probably isn’t going to be a big deal for you.

The Razer buds will feel familiar to anyone who has worn Apple’s AirPods or wired earbuds. They’re fine as-is, but they also come with a thin rubber membrane you can add to each bud for a slightly tighter fit. This is one of those “love it or hate it” form factor choices. Personally, they fit fine for me both with and without the rubber casing, but your mileage may vary.

Battery life can be a mixed bag. When Razer first rolled these out, the official specs sheet said the buds would last three hours on a single charge. That seemed quite low, and after testing them I found that stat hard to believe. A few days after receiving them, Razer issued a correction, changing the single-charge battery life from 3 hours to 4 hours, which was more in line with what I experienced. That’s still a bit lower than the competition, but it’s manageable.

The included battery case can top them off several times over, bringing the total battery life of the earbuds and case to around 16 hours of listening time. The case is sturdy and very light, and I’ve routinely left it in my pocket all day without noticing it, so that’s a plus.

I’m being a little bit picky here, but one complaint I have about the Hammerhead True Wireless buds is the touch input system. I get it, these are earbuds that work across iPhone, Android, and even PC via Bluetooth, so there has to be a way to interact with them that works across all platforms, but there are so many possible tap-and-hold combinations that it’s a little bit overwhelming.

For example, tap-and-hold for 1/2 second answers a call or pauses a song. If you hold it for two seconds, it activates the virtual assistant. If you hold it for six seconds it enters pairing mode. Then there’s double-tap and triple-tap which skip songs or replay the previous song, respectively, and then a triple-tap-and-hold which activates gaming mode. It’s clear Razer knew this would be hard to remember, so they released an app on iOS and Android that basically teaches you how to use the earbuds and lets you practice the inputs.

Overall, I was pleasantly surprised by Razer’s new wireless earbuds. They pair instantly, sound great, and if you’re a freak about audio delay (like I am), the gaming mode can be a killer feature. At $99.99, they’re budget-friendly compared to much of the high-end competition and considering the feature set, they’re an easy recommendation.