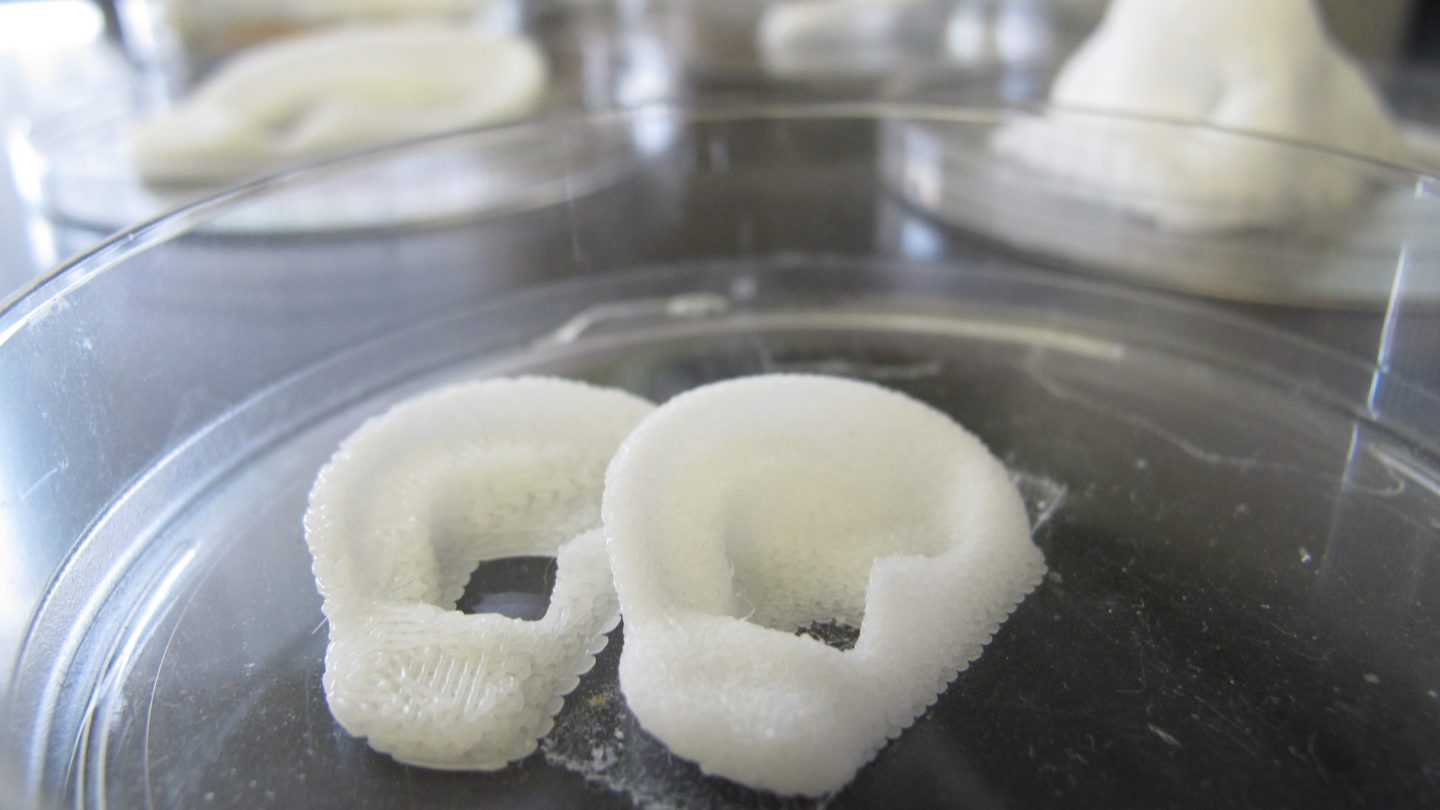 There are more than seven billion people in the world, and life expectancy keeps growing thanks to the unbelievable advancements in modern medicine. However, the human body can’t outlive its expiration date, and organs often fail and require viable replacements. But because there never seem to be enough donors around, doctors are looking at various ways to create artificial organs that are either built out of human flesh or mechanical parts, and that could replace some of our internal components.

Is that an apple in your ear?

One biohacker and dedicated TED Fellow thinks he can grow living, functional biological objects without modifying DNA in any way. Andrew Pelling creates strange contraptions that might not necessarily be used in the future but show the potential for such creative thinking. For example, he built ears out of human cells and apples.

Apple cellulose is what gives the artificial ears their structure while the human tissue is used to shape up the ear. The ears don’t work – you know, they can’t hear – as they aren’t connected to a human nervous system inside a human body.

Read more about Pelling’s research over at TED’s Ideas blog.

Zortrax revealed recently on its blog that researchers from Poland used its M200 3D printer to create an artificial heart. A team at the Cathedral of Optoelectronics of The Silesian University of Technology created both hardware and software for a mechanical heart that could be used one day to replace failing hearts.

It might be a while until humans actually get mechanical organs, but if that ever happens, we could expect 3D printing to play a role in deploying these type of prosthetics.

While you’re at it, you might want to check out this TED talk from a few years ago that talks about 3D printing organs such as the kidney out of living cells, an idea that we’ve heard of in the recent past. In this case, it’s surgeon Anthony Atala demonstrating an early-stage 3D printed kidney experiment.

Meet the first functional heart muscle made out of stem cells

While some people are thinking about mechanical organs for the future, other doctors believe they can create artificial hearts out of a person’s DNA. Thus, it might be easier to replace a failing organ with a new model built out of the same material. Scientists at the Massachusetts General Hospital Centre for Regenerative Medicine created the first-of-its-kind functional heart muscle from stem cells.

The procedure still requires a heart organ from a donor, but the researchers used stem cells from the recipient to build the muscle – that’s the main heart component that’s affected during a heart attack.

More details about this particular medical innovation are available in Circulation Research, via Science Alert.