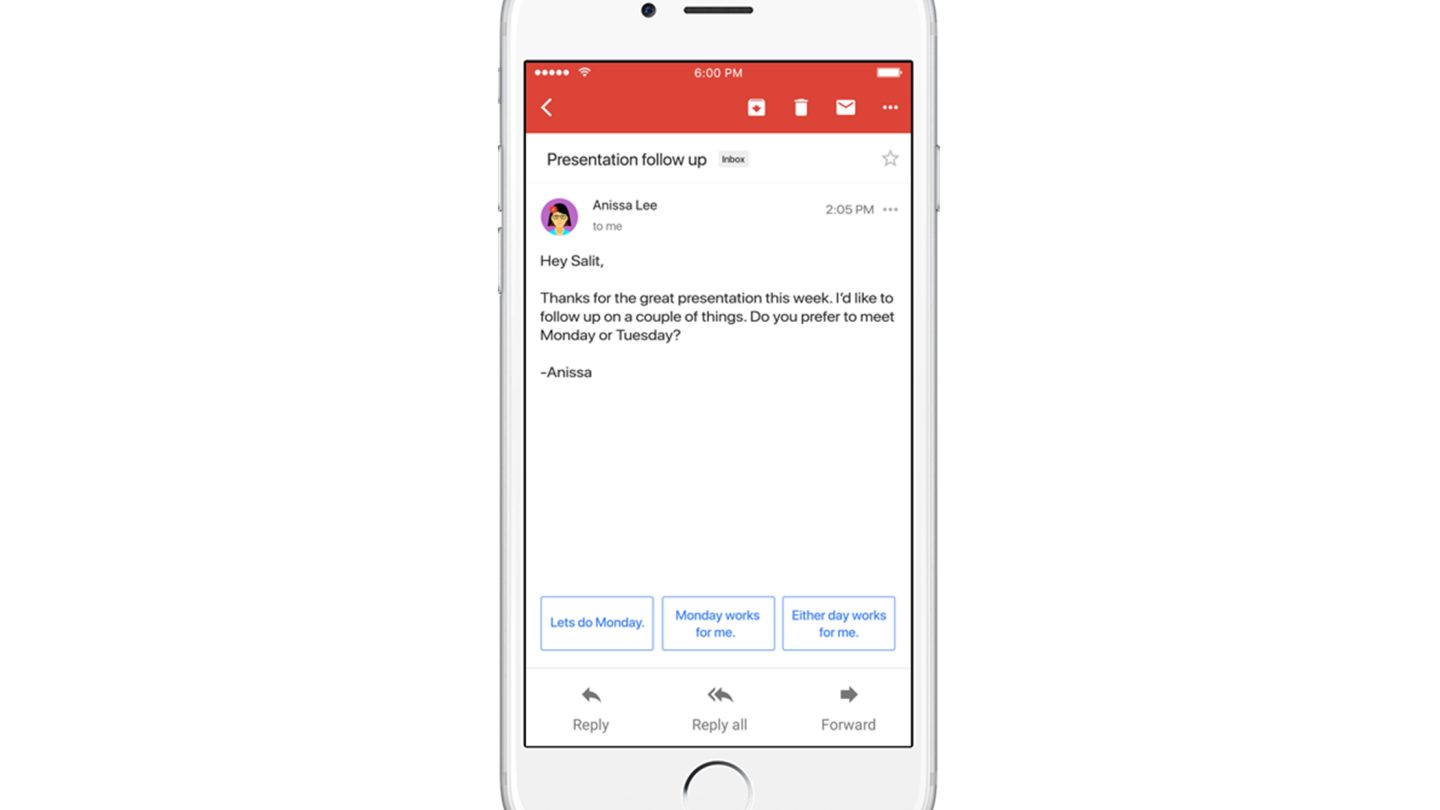 Wading through emails is currently one part tedium, two parts frustration, and a generous pinch of masochism. Until Google makes a captcha program that stops abuse of the reply-all button, email isn’t going to get entirely fixed, but it can get a little better.

As of tomorrow, Google’s Smart Reply function will be available in the Gmail app for Android and iOS. Smart Reply is bsasically predictive texting for emails: based on the content of the email, the app will recommend three short replies. You can pick one of the three, and then send as is or edit the text.

Obviously, this isn’t going to fix the need to write emails. It’s more meant to be a stopgap, or a way of making it faster to deal with a high volume of minor issues. The kind of replies Google is suggesting is things like “Thanks!” or “I’ll send it today” or “Let’s have a phone call on Tuesday.” It’s not going to write your mother explaining what you’ve been up to for the last month, or peck out a flawless excuse for why you missed work to your boss.

The real magic behind Smart Reply is Google’s natural language processing AI, and machine learning. Rather than firing off a present number of responses when it sees certain keywords in an email, Google’s AI uses machine learning to process the content, and then suggest replies. The AI also learns from the tone of your sent emails and your preferences to emulate your tone. Google describes it as learning the difference between a “Thanks!” and a “thanks.” kind of person.

Smart Reply will be available in Gmail on iOS and Android worldwide, starting tomorrow.