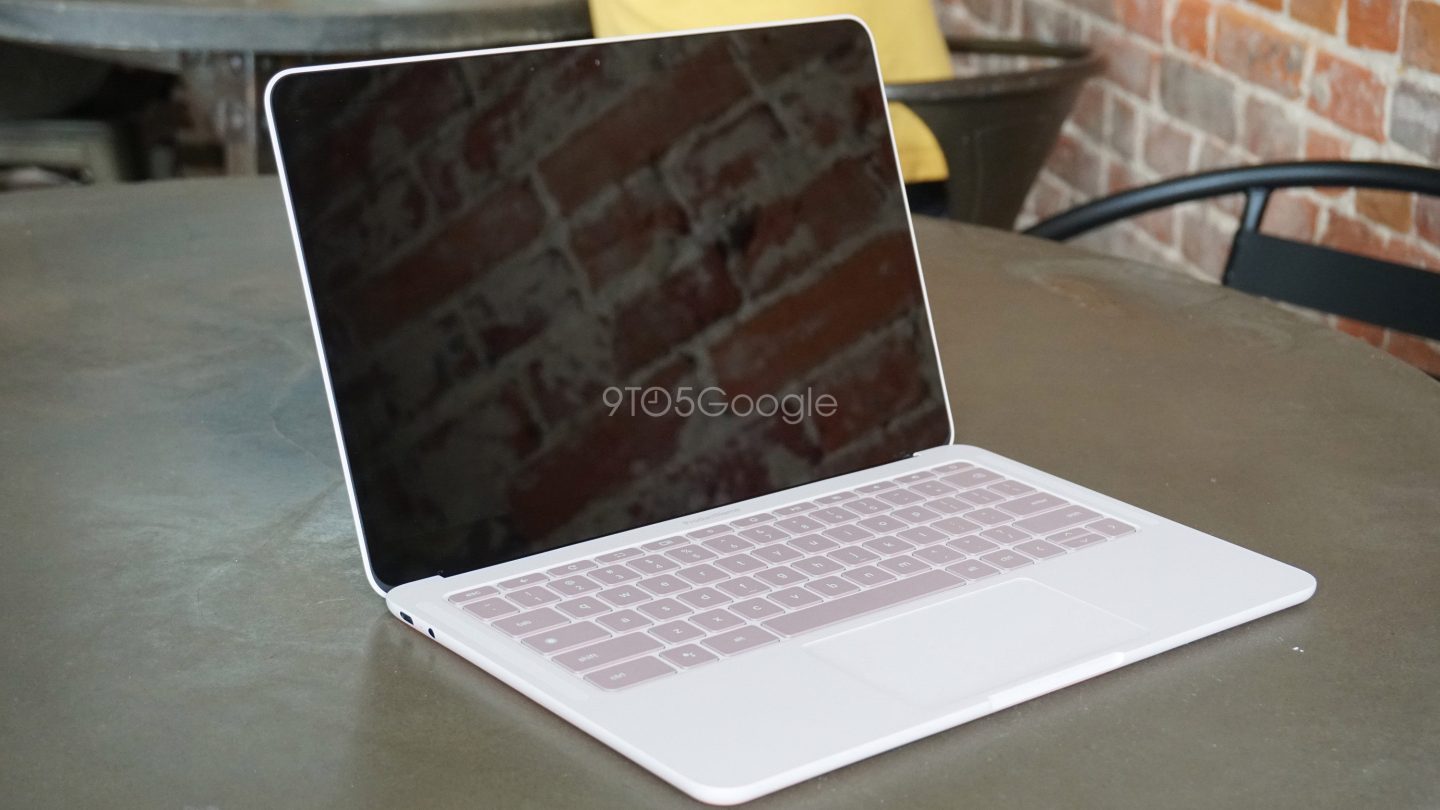 Now that we know virtually everything there is to know about the Pixel 4 and Pixel 4 XL, including the design changes and the full specs that will accompany them, most of the intrigue surrounding Google’s hardware event next week has evaporated. But the flagship phone isn’t the only new device Google will have to show off next week, as the company is also expected to introduce a new Pixelbook. Unsurprisingly, it has also now been spoiled.

9to5Google actually gave us a rundown of the purported specifications of the upcoming Pixelbook Go last month, but on Friday, the site returned with even more details, as well as a series of photos of the Chromebook from its hands-on time with the device (which, we remind you, has yet to even be announced).

The element of the design that immediately stands out is the ribbed back panel, which is both notably distinctive and apparently feels nice in the hand when walking around with the Pixelbook Go. The top panel, on the other hand, has a smooth, matte finish that 9to5Google compares to the finish of the Pixel 2 and Pixel 2 XL.

In terms of specifications, the Pixelbook Go features a 13.3-inch Full HD or 4K touch screen display, Intel Core CPU, up to 16GB of RAM, up to 256GB of storage, Titan-C security chip, two USB-C ports, 3.5mm headphone jack, 2 front-firing speakers, and 2-megapixel front-facing camera. Two notable missing features on the new Pixelbook are support for the Pixelbook Pen and a fingerprint sensor, despite being on earlier models.

We still don’t know how much the Pixelbook Go will cost or when it will be available to purchase, but by the end of the event next week, we should know everything there is to know about this product. Other devices set to make their debut next week include a new Nest Mini, a new Nest Wifi, and maybe new Pixel Buds.