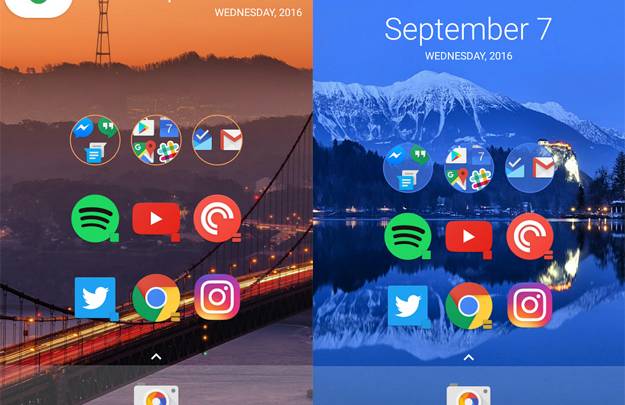 Google has a big press conference on Tuesday during which it will unveil two of the worst kept secrets in tech, among other things. The new Pixel and Pixel XL phones will be the first smartphones to shed Google’s Nexus branding and adopt “Pixel” branding, signaling a major shift in Google’s smartphone hardware strategy. Where as Google’s Nexus phones have always been affordable handsets that showcase pure Android, these new Pixel phones are expected to be high-end phones with premium price tags. Of course, you don’t need to shell out big bucks to get the new Pixel phones’ coolest new software features because we’ll show you how to get them on the Android phone you already own for free.

At this point, we’ve seen leaks covering just about everything there is to know about the new Google Pixel and Pixel XL. These sleek new smartphones will feature killer specs and unique new designs, but the star of the show might be the software. For the first time, Google is going to launch new smartphones that sport a wide range of features unavailable in its “pure” Android builds.

An extensive analysis performed by Android Police has very likely revealed most of the new features, and you can read about them in detail in that post. Of course, the bloggers at Android Police aren’t the only people to have picked apart the software. Developer Chris Lacy did as well, and he added several of the new features expected to be introduced by Google on Tuesday in the latest version of his free app Action Launcher.

Action Launcher 3 comes equipped with new search and date widgets, as well as the hotly anticipated launcher shortcuts expected to debut on the Pixel phones. In a nutshell, Google’s launcher shortcuts are expected to work just like Apple’s 3D Touch quick menus, but without the 3D Touch. The Verge slapped together a quick GIF to show how they work:

Google’s big Pixel and Pixel XL unveiling is set to kick off at 12:00PM Eastern, but you can enjoy Google’s best new launcher features now by downloading Action Launcher 3.