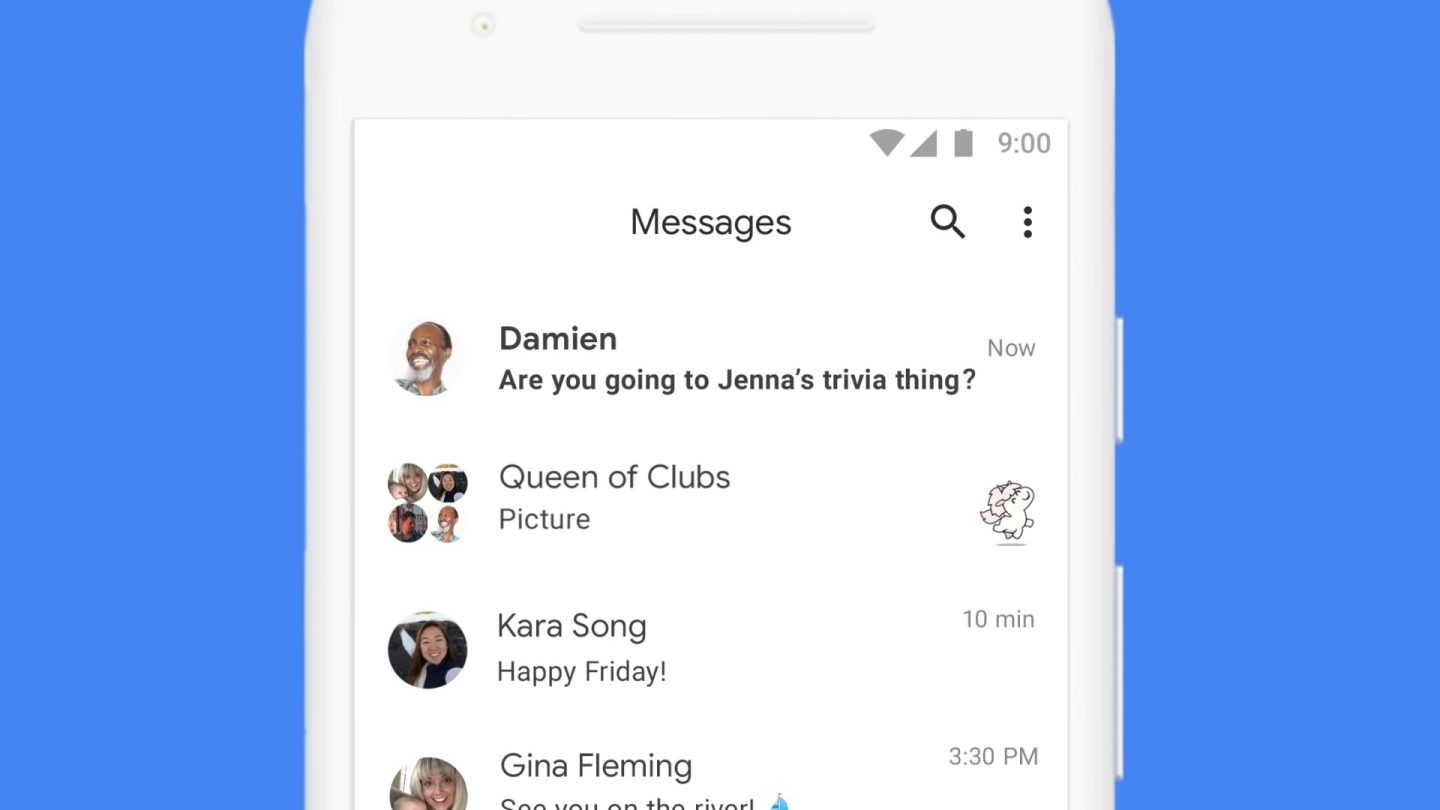 One of the main reasons that I refuse to leave Apple’s ecosystem when I’m deciding on which phone I want to use as my daily driver is because I can’t risk losing iMessage. As much as I hate the blue bubble/green bubble debate, every time I come anywhere close to pulling the trigger and leaving Apple’s walled garden for the greener pastures of open source Android, I think about all the friends (and group chats) I’m likely to lose in the process.

Thankfully, not only is Google beginning to ever so slightly consolidate its infinite chat applications, but the main Google Messages app is improving as well, and might soon add one of iMessage’s best features.

9to5Google frequently decompiles app updates in order to see what Google and other developers have in store for future versions of their software. In February, the site found a series of strings in Google Messages 5.7 that seem to indicate the company is preparing to add reactions to its app similar to the ones found in iMessage. One of the staff was even able to enable the reactions, though tapping them didn’t do anything:

If you’ve ever been in a group chat with iMessage and Google Messages users, you have likely seen a message along the lines of “Laughed at an image.” As 9to5Google explains, these are called “fallback” texts, and they appear when you’re in a conversation with someone that can’t receive the advanced messaging that you are attempting to send them. Rather than your reaction simply not be sent, the reaction is instead automatically written out in the form of an SMS text message that the person or people you’re talking to can all see.

That brings us to Google Messages 5.8, in which 9to5Google found a variety of strings that make it clear that Google is building a similar system into its app so that anyone who doesn’t have RCS will still be notified when someone tries to send a reaction. Based on the code of the latest update, it looks like Google will send the full text of the messages you’re responding to back in the reaction. So if you text someone “It was great to see you last night,” and they react to it with a thumbs up emoji, you’ll get back “Liked “It was great to see you last night.””

There’s a good reason that so many smartphone users around the world have abandoned the built-in chat apps in favor of third-party solutions like WhatsApp, GroupMe, and Line, but it’s nice to see that Google is at least attempting to compete by adding a feature that brings Google Messages up to speed.