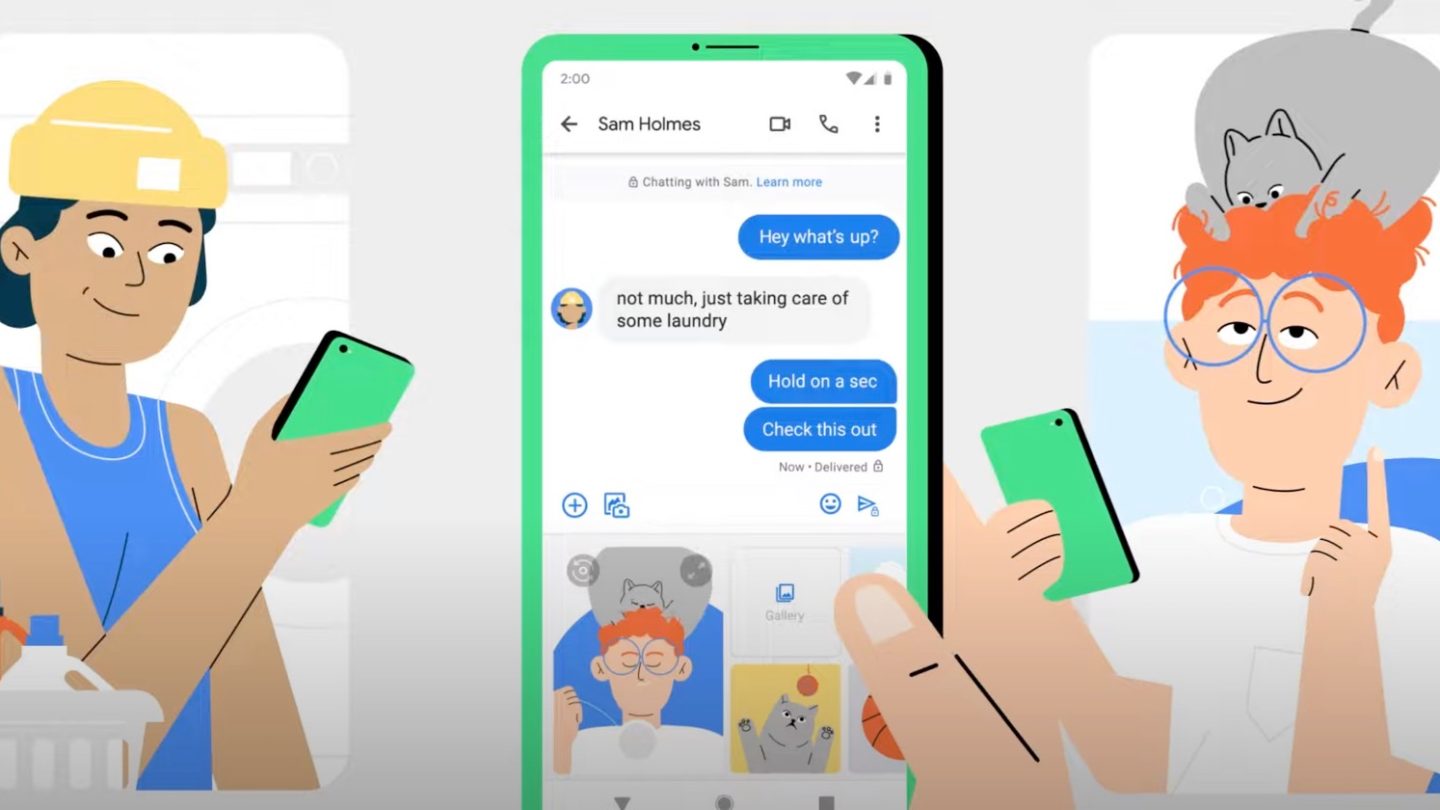 Google needed a few years and a few failures to come up with a messaging app that can finally rival the iMessage experience on Apple’s iPhones and iPads. Finally, after a rocky start that included struggling to get some wireless carriers on board, Google’s RCS messaging took off. Set Google Messages as your default texting app on Android and you’ll finally get something similar to Apple’s Messages, including end-to-end encryption, which is rolling out to all Google Messages users soon.

Full encryption might be the latest Google Message highlight, a key feature for instant messaging apps that Google lacked when it first launched its new RCS texting app. But Google has more novelties in mind for Messages. One of them is such a simple change to the messaging experience, but it’s a brilliant one that every other company in the business should consider stealing, Apple included.

First spotted by Redditors who upgraded to Google Messages Beta v8.3.026, the new mind-blowing Messaging feature is a gesture we use pretty much everywhere else on the phone.

Pinch-to-zoom on the screen while browsing a website or looking at pictures, and you get the desired effect instantly. The text and/or images will zoom in and out to meet your needs. Maybe you want to take a better look at a detail in a photo, or you want to comfortably read the smaller font that a website might use. But the same pinch-to-zoom gesture would be even more helpful in the apps we use the most on our phones: Messaging apps.

Google Messages supports the feature if you have v8.3.026 of the beta app installed on your device, as seen in this Android Police video.

You can already customize iPhone and Android to make messages easier to read. You can change the font and go for a zoomed display experience. But the pinch-to-zoom gesture can further improve text legibility on devices that have a relatively small display, and it works much better than what’s available in the phone’s settings. People suffering from eyesight issues will certainly appreciate the feature, as it’ll give them more granular control over the font size in Messages.

There are some obvious drawbacks, however. As some Redditors observed, the feature rolled out without warning, prompting some people to accidentally zoom in on their texts. It’s worst when children or other people did it, as the phone owners might not have realized what just happened so they don’t know how to fix it.

Also, messaging apps already support all sorts of gestures, but they usually involve sliding fingers or long-tapping the display. And pinch-to-zoom works for photos shared during chats. The new pinch-to-zoom texts feature needs to be implemented in a way that doesn’t break the other gesture-based chat features we’re already used to.

Google Messages users who are on the latest version (8.1.051) might already have access to the new zooming feature, but your mileage might vary. If you can’t pinch-to-zoom on text, you’ll likely get the feature in an upcoming update.