A leak a few days ago revealed that Google was finally testing a Google Maps feature that was announced back at I/O 2019. That’s an incognito mode for Google Maps that will work just like it does in a web browser, only for navigation and location history. With Incognito enabled in Google Maps, you won’t have to worry about preventing Google from associating certain locations with your Google account, which is something many Maps users will appreciate.

The new Google Maps feature is part of a bigger push from Google to enhance user privacy. The company announced several new features in a blog post penned by Eric Miraglia, the company’s director of product management, privacy, and data protection.

The post explains that incognito mode is already available on Chrome and YouTube, and it’s now coming to Google Maps. The feature is rolling out first to Android, with iPhone coming soon:

When you turn on Incognito mode in Maps, your Maps activity on that device, like the places you search for, won’t be saved to your Google Account and won’t be used to personalize your Maps experience. You can easily turn on Incognito mode by selecting it from the menu that appears when you tap your profile photo, and you can turn it off at any time to return to a personalized experience with restaurant recommendations, information about your commute, and other features tailored to you. Incognito mode will start rolling out on Android this month, with iOS coming soon.

Additionally, Google also announced that it’ll allow users to automatically delete YouTube history, just as they can with Location History and Web & App Activity. Furthermore, the Google Assistant will be able to handle privacy-related commands:

In the coming weeks, you’ll be able to delete Assistant activity from your Google Account just by saying things like “Hey Google, delete the last thing I said to you” or “Hey Google, delete everything I said to you last week.” You won’t need to turn on any of these features—they will work automatically when you ask the Assistant for help. If you ask to delete more than a week’s worth of data from your account, the Assistant will point you directly to the page in your account settings to complete the deletion.

Finally, users who rely on Google’s password manager will be informed whether any of the passwords they use have been breached at any time in the past, prompting them to change affected passwords to ensure their accounts are secure.

Tweet
This is the stunning iPhone 12 of our dreams, but it’s too good to be true 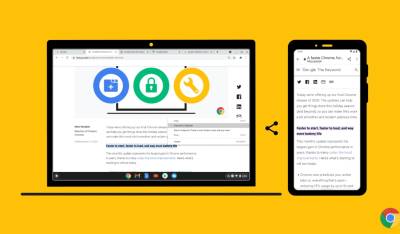