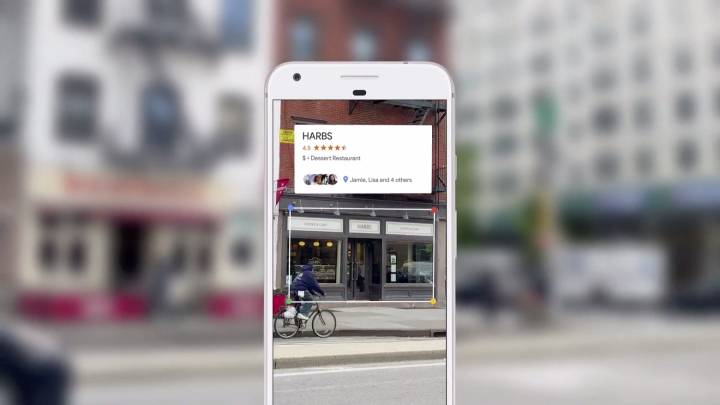 One of the more interesting announcements during the Google I/O keynote last summer was Google Lens — a new feature which brings Google Assistant’s brain to your smartphone’s camera. It’s taken nearly a year, but as of Monday, the feature has begun rolling out to all Android phones with the latest version of Google Photos installed. If you aren’t sure whether you’ve got the latest version, try heading to the Google Play store and installing the app.

Once you’ve got the app up and running, you’ll be able to use Lens to create a new contact by scanning a business card, pull up reviews by scanning a book, get more details about a building or a landmark, or even point your phone’s camera at the back of a router to connect to a WiFi network without having to type in the data yourself.

Lens was initially only available on the Pixel, but this update opens the feature up to virtually every Android user. Google first announced the expansion of Lens last week during MWC 2018, though it didn’t offer a time frame for the launch. Thankfully, it didn’t take long, but we still don’t know when it will arrive on iOS.

Rolling out today, Android users can try Google Lens to do things like create a contact from a business card or get more info about a famous landmark. To start, make sure you have the latest version of the Google Photos app for Android: https://t.co/KCChxQG6Qm
Coming soon to iOS pic.twitter.com/FmX1ipvN62

You might not receive Google Lens right away, so just be patient if the functionalities of the feature aren’t available on your phone as soon as you update your Google Photos app. Google also says that the feature will come to more phones through Google Assistant in the future, but once again didn’t offer any dates.